It's no secret that blacks in America long have voted Democrat, and Democratic candidates need that support.

While 75% say they support Biden, that can spell trouble for Democrats, said pollster John Zogby. Trump won only 8% of the black vote in 2016.

"A Democrat needs 90%+ and a high turnout among blacks" to win, he noted.

"Could it be that Trump’s law and order message is hitting home among blacks who are worried about demonstrations getting out of control?" he asked. 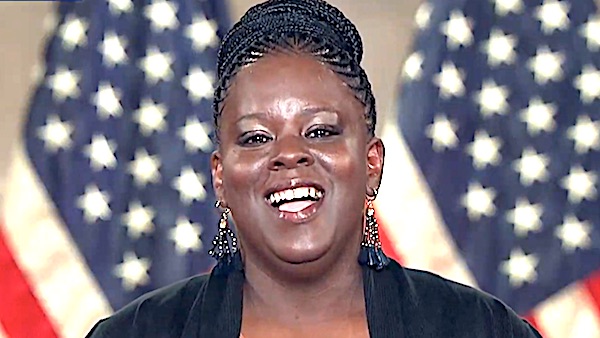 "For Trump, [his 20%] is 12 points more than he received in 2016 and 9 points more than campaign officials believe he needs to keep the White House. One senior official recently told Secrets, 'If it’s at 11%, then we win,'" Bedard wrote.

Paris Dennard, the campaign’s senior communications adviser for black media affairs, told "Secrets": "It is not surprising to see numerous polls showing President Trump’s approval with black voters increasing. After watching both political conventions make their best case, black Americans are giving President Trump a second look, and many a first look, because they are learning more about his record of achievement and Joe Biden’s old and new policies that work against the black community coupled with Biden’s consistently offensive bigoted comments."

"With Libertarian Party nominee Jo Jorgensen and Green Party’s Howie Hawkins added in, Biden slips to a 45%-42% lead, with 3% selecting Jorgensen and 2% preferring Hawkins. Hawkins appears to be grabbing 3 points from Democrats and 5 points from Hispanics. Jorgensen receives 7% from independent/unaffiliated voters and 4% from 18-29-year-olds," Zogby noted.

The pollster said "a small plurality of voters – 43% to 40% — believes Trump will win. That includes 80% of Republicans, 13% of Democrats, and 37% of independents/unaffiliated."