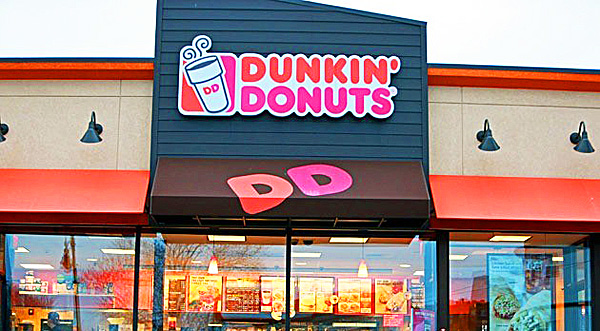 Two Dunkin' Donuts workers have been dismissed for refusing to serve an off-duty Iowa policeman who was not in uniform.

He was wearing a "Thin Blue Line" cap.

DailyMail.com reported Sgt. Paul Parizek of the Des Moines Police Department had been a steady customer at the chain's East 14th Street location.

Even before he could place an order, a worker told him, "We are not going to serve you today," he reported.

He asked why, and the employee looked at his hat, which is a statement of support for police who have been embattled by the Black Lives Matter agenda and its claim of police brutality.

Parizek left and spoke with the store's manager, the local franchisee and the corporate office, DailyMail.com reported.

The chain released a statement announcing the two workers had been fired.

"We are aware of the incident that took place at the Dunkin' restaurant, located at 1220 E 14th Street in Des Moines, IA. The employees' behavior is not consistent with Dunkin's goal of creating an inclusive, welcoming environment for all our of guests.

"Additionally, Dunkin' respects the efforts of our police force as they work to maintain a safe community for all of us. The franchise owner, who independently owns and operates this restaurant, informs us that the two individuals responsible have been terminated. The franchise owner has also connected with the police officer to apologize for the experience."