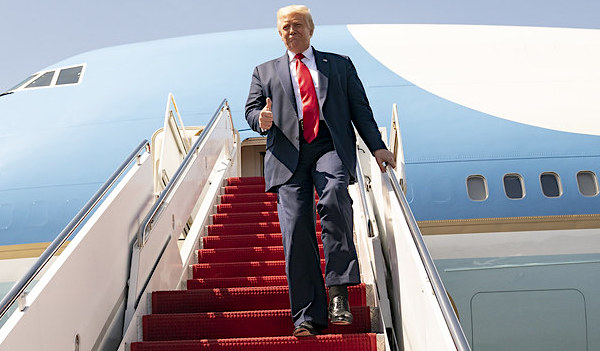 Historian Allan Lichtman announced Wednesday that his statistical model, which has correctly predicted every presidential election since 1984, forecasts Joe Biden as the 2020 winner.

But there's another model that also has outperformed the opinion polls, correctly forecasting the winner in 24 of the past 26 elections. It's only misses came in the razor-thin Kennedy-Nixon election of 1960 and the Bush-Gore "hanging chad" race of 2000.

That model, by Professor Helmut Norpoth of Stony Brook University in New York, concluded Trump has a 91% chance of winning in November.

Lichtman, an author and history professor at American University, announced his prediction in an op-ed video for the New York Times.

CNBC noted Lichtman was in the minority of analysts who called it right in 2016, largely ignoring "the detailed cross-tab polling analyses and swing state bean counting that are often prioritized in modern political punditry."

His model examines 13 different "Keys to the White House," which emphasize the record of the incumbent party occupying the White House rather than the nominees themselves.

The keys, presented as true-false statements, favor a win for the incumbent party if true. But if six or more of the statements are false, the challenger is predicted to win.

Lichtman says seven of the keys were false, which means Biden will win.

Norpoth's Primary Model takes a different approach, focusing on two factors: whether the incumbent party appears on the verge of losing power and whether a given candidate did better in the primaries than his or her opponent.

The statistical model is based on data from U.S. presidential elections going back to 1912.

In 2016, Norpoth contended the polls showing Hillary Clinton would win did not take into account who would actually vote in November. He wrote that "nearly all of us say, oh yes, I'll vote, and then many will not follow through."

In that election, he stood by his prediction that Trump had an 87% chance of winning despite the New York Times giving the Republican a 15% chance and the Huffington Post a 1% chance.

Norpoth noted that in the New Hampshire primary, Biden ended up in fifth place, in single digits. He said he didn't know of any nominee who did so poorly in New Hampshire who went on to win in November.

Current opinion polling gives Joe Biden a double-digit lead over the president, much as they favor Clinton at the same point in 2016.

See Norpoth stand by his prediction during the 2016 race: