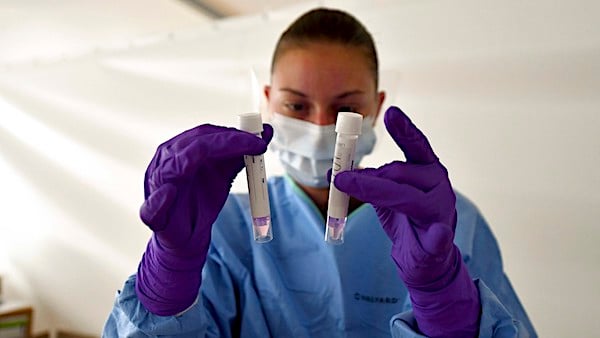 When the lockdowns were implemented last spring in response to the coronavirus pandemic, officials emphasized the objective was to "flatten the curve," meaning to stretch out the number of cases over time to avoid overwhelming hospitals.

Somehow, the objective has shifted to eliminating cases, which Dr. Scott Atlas of Stanford's Hoover Institution always has believed was the wrong approach.

Protecting the higher-risk populations and allowing the virus to burn out, or attenuate, through infecting people who are at low-risk of serious illness should be the aim, he said in a Fox News interview with Sandra Smith, who was guest-hosting "The Story."

"I think there is a huge disconnect here in what the goal of public policy is here," said Atlas, a senior fellow in scientific philosophy and public policy at Stanford University's Hoover Institution.

"The goal of stopping COVID-19 cases is not the appropriate goal. The goal is simply twofold, to protect the people who are going to have a serious problem or die, that's the high-risk population, and to stop hospital overcrowding."

Atlas argued against focusing on testing college students, for example, when the aim should be "to protect the high-risk group from getting infected."

He said there "should never be and there is no goal to stop college students from getting an infection they have no problem with."

"They can do things if they are still afraid from a distance but you don’t lock down healthy people," he said. "It's just irrational, really."

Smith asked whether or not students who are asymptomatic would pose a risk to vulnerable people with whom they come in contact.

Atlas replied that targeting resources to the vulnerable is the best way to protect them.

He insisted that mass testing "destroys the ability to get critical information on the tests from the people who are at high risk."

"We need to keep them safe," Atlas said. "When we have testing delays because we are doing a million tests every day, it's getting to be crazy already. We need to be able to get the results from the high-risk tests. No one else."

A Danish professor has published a paper of his country-by-country analysis concluding the spring 2020 lockdowns in response to the coronavirus pandemic had no effect on death rates.

His paper, "Did Lockdown Work? An Economist's Cross-Country Comparison," sought to "explore the association between the severity of lockdown policies in the first half of 2020 and mortality rates."

The professor of economics used two indices from the University of Oxford's school of government as COVID-19 policy measures and compared weekly mortality rates from 24 European countries in the first halves of 2017-2020.

"I find no clear association between lockdown policies and mortality development," he wrote.

His paper reviewed two other studies that reached the same conclusion.

"The lockdowns in most Western countries have thrown the world into the most severe recession since World War II and the most rapidly developing recession ever seen in mature market economies," Bjørnskov wrote. "They have also caused an erosion of fundamental rights and the separation of powers in large part of the world as both democratic and autocratic regimes have misused their emergency powers and ignored constitutional limits to policy-making."