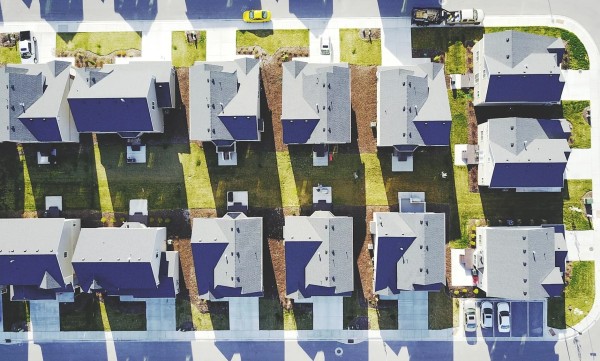 Presumptive Democratic presidential nominee Joe Biden is sliding even further to the left, warns former House Speaker Newt Gingrich, with the adoption of a "diversity" plan that would "destroy" American suburbs.

In a column for FoxNews.com, Gingrich noted Biden's endorsement of the plan by Sen. Cory Booker, D-N.J., and Rep. James Clyburn, D-S.C., to "seek to diversify American suburbs by withholding federal dollars from communities that do not change local zoning ordinances to accommodate denser housing."

"The fight over the suburbs is going to be a fight over whether Biden's Washington bureaucrats can dictate how to change every neighborhood in America without regard to the wishes of the people living there," he wrote.

The policy is opposed by 65% of Americans, with just 23% favoring government playing a role in diversifying neighborhoods, according to Rasmussen Reports.

Even 56% of Democrats say it's not the government's job to dictate local community plans, the poll found, along with 73% of Republicans and 68% of independents.

Gingrich pointed to Booker's website, which explains the states "could choose to reduce restrictions on lot size, eliminate parking requirements, or allow accessory dwelling units and multifamily homes. These actions would allow for the construction of greater housing density. ... Municipalities could also institute a 'density bonus,’ which allows developers to build more units if a portion of them are maintained as affordable housing units."

Biden showed his support for the government-imposed change on his campaign website, saying it would "eliminate local and state housing regulations that perpetuate discrimination."

"Exclusionary zoning has for decades been strategically used to keep people of color and low-income families out of certain communities," he claimed. "As President, Biden will enact legislation requiring any state receiving federal dollars through the Community Development Block Grants or Surface Transportation Block Grants to develop a strategy for inclusionary zoning, as proposed in the HOME Act of 2019 by Majority Whip Clyburn and Senator Cory Booker."

However, as economist and policy analyst Rupert Darwall wrote, "Somehow, Democrats still see the suburbs as racially homogenized, lily-white enclaves — something they haven’t been for a long time."

A study by Joel Kotkin and professor Alan Berger, Darwall pointed out, showed 151 million Americans live in suburbs while just 25 million live in city centers. And a majority of African-Americans in the nation's 100 largest metropolitan areas live in the suburbs.

"More Hispanics have been moving to the suburbs than whites, and the Asian population in suburban areas is growing nearly twice as fast as that of Asians living in inner-city cores," Darwell wrote.

Gingrich said the policy comes from the "real belief held by many elitist Democrats that most Americans are misguided or ignorant and must be guided and directed by their enlightened leaders in Washington, D.C."

He noted the Obama-Biden administration tried to use Westchester County, New York -- the fourth most diverse county in the state -- "as a petri dish for its community-building scheme."

The county's executive at the time, Rob Astorino, recounted in a 2013 speech the Obama-Biden administration's "bullying" of local leaders to enact the federal plan.

"The federal government has a very different agenda and vision for Westchester. In fact, HUD calls us its 'grand experiment,'" he said. "That means Washington bureaucrats, who you will never see or meet, want the power to determine who will live where, and how each neighborhood will look."

Astorino said that what's at stake "is the fundamental right of our cities, towns and villages to plan and zone for themselves."

"This 'home rule' is guaranteed by the New York State Constitution. HUD thinks it can trample on Westchester, because it has the misguided notion that zoning and discrimination are the same thing. They are not. Zoning restricts what can be built, not who lives there," he said.

Astorino asserted "nothing gives HUD the right to turn the American Dream upside down."

Gingrich said the policy proposal is another indicator the November election "will be a decisive choice between a Washington-based bureaucratic dictatorship and local freedom."