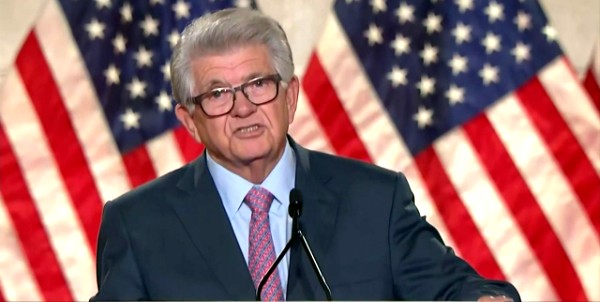 In the wake of Bernie Sanders' declaration that his "revolution" has mainstreamed policies once though extreme in the Democratic Party comes a warning from a man who fled Fidel Castro's revolution.

"I'm speaking to you today because I've seen people like this before," Maximo Alvarez told the Republican National Convention on opening night Monday.

Sanders, as WND reported, touted the success of his far-left "revolutionary" movement in his speech on opening night of the Democratic National Convention one week ago.

"Our campaign ended several months ago, but our movement continues and is getting stronger every day," said Sanders, a self-described democratic socialist.

America has a choice now, he said, pointing to the "echoes of his past" that he sees in Seattle, Chicago, Portland and other cities.

"I choose President Trump, because I choose America, I choose freedom," he said.

He concluded by recalling the words of his father.

"I still hear my dad," he said, pausing to collect himself as tears welled. "There is no other place to go."

'The future of our planet is at stake'

Republicans point out that some of the "radical" ideas that now have become "mainstream" for Democrats were incorporated in the recommendations of the "unity task force" established by Biden and Sanders.  The task force, following Sanders' strong run for the nomination, laid out a progressive roadmap for Democrats in July built on the premise "the U.S. economy is rigged against the American people."