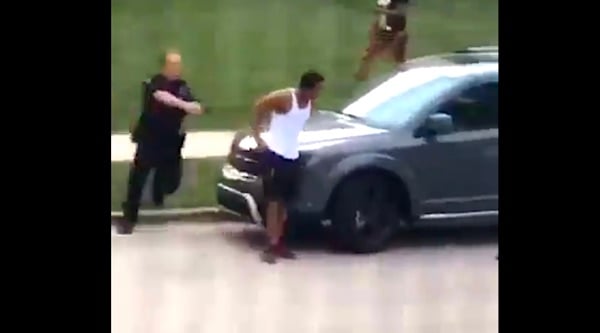 Police in Kenosha, Wisconsin pursue Jacob Blake as he walks away from them (Video screenshot)

After calling for more violence and the abolishing of police departments nationwide, Black Lives Matter activist Shaun King is demanding via Twitter that the Kenosha Police Department identify the officer who shot 29-year-old Jacob Blake on Sunday.

"If you do not name the officer who brutally shot Jacob Blake on Sunday, we will simply begin naming officers from your department who may or may not be him," King wrote. "F**k it. Your protection of his identity is unethical. What's his name?"

A video showing Blake being repeatedly shot from behind by a police officer while entering the driver's door of his vehicle has sparked three nights of rioting. However, a subsequently circulated video shows the prior moments, with officers wrestling with him on the ground after Tasering him. An officers can be heard ordering Blake to drop a knife, and Blake had an outstanding arrest warrant for sexual assault and was facing up to eight and a half years in prison. 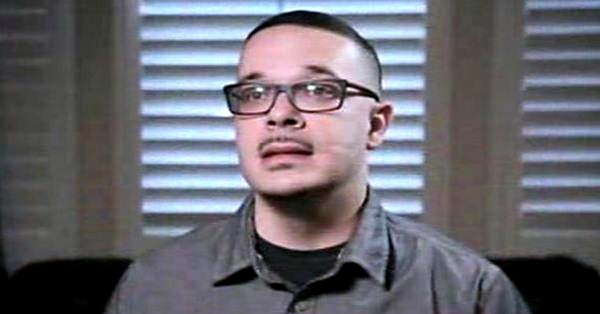 But King's tweets show him pursuing vigilante justice, abandoning due process and complaining police "are deliberately protecting the man who shot Jacob."

To the Kenosha Police Department,

If you do not name the officer who brutally shot Jacob Blake on Sunday, we will simply begin naming officers from your department who may or may not be him.

Your protection of his identity is unethical.

This is what she says about Kenosha Police Officer Luke Courtier.

He’s in protective custody in a hotel because people thought he shot Jacob Blake.

POLICE COULD END THIS RIGHT NOW.

They are deliberately protecting the man who shot Jacob.

Can you make out any of the tattoos on the arm of the officer on the right?

And WHAT IS THE NAME of the officer in the middle? pic.twitter.com/mCVL9bkfQa

King, via Twitter, falsely accused Robert Cantrell of murdering a 7-year-old girl in Houston in January 2019.

In a now-deleted Twitter post, King posted Cantrell's mugshot, writing: "We've had 20 people call or email us and say he is a racist, violent (expletive) and always has been. Just tell me everything you know."

But Cantrell, though he resembled the sketch of the suspect released by the Harris County Sheriff's Office, was not the perpetrator.

Six months later, Cantrell hanged himself in his cell. His attorney said the death threats he and his family received played a role in his hanging death.

King is the co-founder of the Real Justice PAC, which supports progressive candidates running for district attorney.

He came to prominence after the shooting of Michael Brown, writing an article concluding officer Darren Wilson's life was not in danger. A jury and Barack Obama and Eric Holder's Justice Department found otherwise, concluding Wilson acted in self-defense.

King became a contributing blogger for the progressive Daily Kos in September 2014. He is a a writer-in-residence at Harvard Law School’s Fair Punishment Project.