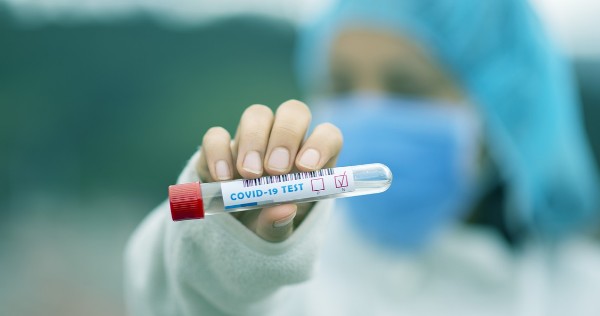 A New York Times report found that as many as 90% of the people who have tested positive for COVID-19 have such insigificant amounts of the virus that they don't need to be isolated or traced.

"Most of these people are not likely to be contagious, and identifying them may contribute to bottlenecks that prevent those who are contagious from being found in time," the Times report said.

Nevertheless, the Times' solution to the problem is more testing.

"This is the state of reference through which The Times can publish an article admitting that overtesting is creating deadly delays while continuing their demand for increased testing," he wrote.

He noted the Times has now modified its call for more testing by saying everyone should get a rapid test.

A rapid test has a higher threshold for the quantity of the virus needed to render a positive result.

The Times acknowledged that in "what may be a step in this direction, the Trump administration announced on Thursday that it would purchase 150 million rapid tests."

Stocking noted that already, the CDC has issued guidance that not everyone should be tested.

People who should get tested, the CDC says on its website, are those who have symptoms of COVID-19, have had close contact with someone with confirmed COVID-19 symptoms and people who have been asked or referred to get testing by their healthcare provider.

"Not everyone needs to be tested," the CDC says. "If you do get tested, you should self-quarantine/isolate at home pending test results and follow the advice of your health care provider or a public health professional."

In the United States, nearly 6.2 million coronavirus cases and 187,524 deaths have been documented.

Last week, however, the CDC released a finding that only 6% of the deaths attributed to COVID-19 listed COVID-19 as the only cause on the death certificates.

Some 94% of those who were counted as having died from COVID-19 had other "health conditions and contributing causes."