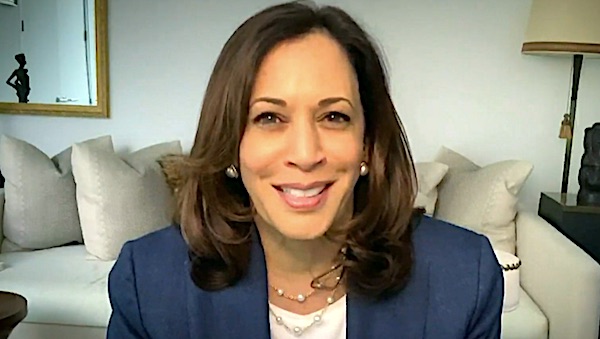 These are some of the positions of Kamala Harris, the California senator who is Joe Biden's running mate. Her policy stances, the Acton Institute noted in an analysis, take on greater importance than usual, because Biden is 77, and his cognitive decline has become a campaign issue. Nearly two-thirds of voters in a recent poll said they expect Harris to finish his first term if he wins.

Her family is multicultural, with a father who came from Jamaica and a mother from India.

"Harris had an affair with California State Assembly Speaker Willie Brown; he was 60, and she was 29. In 1994, Brown appointed her to the California Unemployment Insurance Appeals Board, a position that paid $167,000 in 2020 dollars, and then to the California Medical Assistance Commission, which paid the equivalent of $120,700," the report said.

She later became district attorney of San Francisco and then California attorney general.

"Harris appeared to lose the 2010 election to Republican Steve Cooley but prevailed on the strength of mail-in ballots which arrived after all in-person ballots had been counted, winning by a razor-thin 0.8%."

She ran for the 2020 presidential nomination but dropped out before voting began.

Harris was ranked as the "most liberal" member of the Senate in 2019, and, Acton said, she endorses "higher taxes and greater wealth redistribution. She would raise the top marginal tax rate, increase corporate taxes by 14%, raise the capital gains tax, expand the death tax, and impose a tax on stock transactions."

Would Joe Biden have a better chance at election with someone other than Kamala Harris as his running mate?
68% (27 Votes)
32% (13 Votes)

On abortion, there are few farther left.

"Harris would radically expand both abortion-on-demand and federal funding of abortion providers. Harris has a 0% rating from National Right to Life and the Family Research Council but a 100% rating from Planned Parenthood and NARAL Pro-Choice America. She voted against the Pain Capable Unborn Child Protection Act, which makes it illegal to abort a child after 20 weeks (at which time a child is able to feel pain), and the Born-Alive Abortion Survivors Protection Act," the report said.

She also was integral to prosecution by the state of California against the Center for Medical Progress after undercover journalists David Daleiden and Sandra Merritt videoed executives of Planned Parenthood officials – which received $617 million in taxpayer funding – discussing the dismemberment of aborted babies and the sale of their body parts.

Harris even proposed legislation that would punish anyone distributing an undercover video.

She questioned whether a Christian can be in government, badgering judicial nominee Brian Buescher about his membership in the Knights of Columbus.

She believes that belonging "to an organization faithful to the unbroken teachings of the Roman Catholic Church … called into question whether he could apply secular laws 'fairly and impartially,'" the report said.

"Harris wants to establish a federal COVID-19 Racial and Ethnic Disparities Task Force to investigate the disparate impact the coronavirus has had on communities of color," the report said.

She contends the Second Amendment does not provide for an individual right to arms, only as part of a "militia."

And she supports sanctuary cities that defy federal law. She has refused to defend traditional marriage in court, is considered the fifth-most partisan senator in the last 25 years, opposed President Trump's nominations to the Supreme Court and wants to eliminate the Electoral College, which would allow a handful of the most populous states to pick the president.