My wife, Gena, and I are among Americans who are colorblind when it comes to human beings. We measure people by their character not the color of their skin.

We have very close friends of every ethnic background, have employed the same in our organizations and fought for decades for the equality of countless oppressed souls. We have also done our best to model and teach our children and grandchildren that prejudice and discrimination are among humanity's greatest sins. God loves everyone, and so do we.

However, when I saw several black Americans being denigrated, injured and even killed because they were conservative and President Trump supporters, I knew I needed to speak up. I quickly learned again that apparently some black lives really don't matter even to those who say they are their advocates.

Bernell Trammell is a first-class example. Trammell was a well-known black businessman and supporter of President Trump. He was gunned down in broad daylight last week sitting in a lawn chair out front of his Milwaukee shop, as Fox News reported. 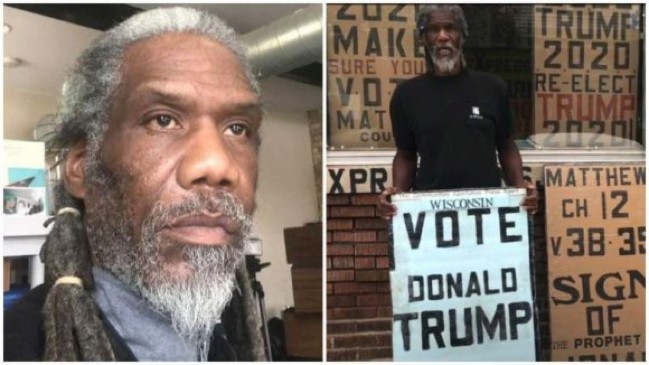 Trammell was regarded as "a community elder and beloved figure" by so many in his community, yet not a single Black Lives Matter (BLM) protest was initiated on his behalf. Not a single news story reported about his death from CNN, MSNBC, NYT or other liberal media outlets. Trammell was even a vocal proponent for the BLM movement and a supporter of Democratic state Sen. Lena Taylor's campaign to become Milwaukee mayor. Police still haven't found his killers. A federal investigation has ensued because they expect his murder was "politically motivated."

And did you hear this past week about the black conservative journalist and news reporter, who is also a Trump supporter, that was stabbed by an Antifa radical in Portland? Odds are you didn't, because mainstream media outlets didn't report on this anti-conservative, politically motivated assault either.

Andrew Duncomb, 25, told Oregon Live that he had traveled to Portland from his home in Northern California to document the nightly protests outside the Mark O. Hatfield Federal Courthouse and Justice Center, according to Fox News.

After a group began trailing him for several blocks, Duncomb turned around and confronted one of the men by asking, "Hey buddy, why are you following us?" Without saying a word, the man immediately stabbed him! 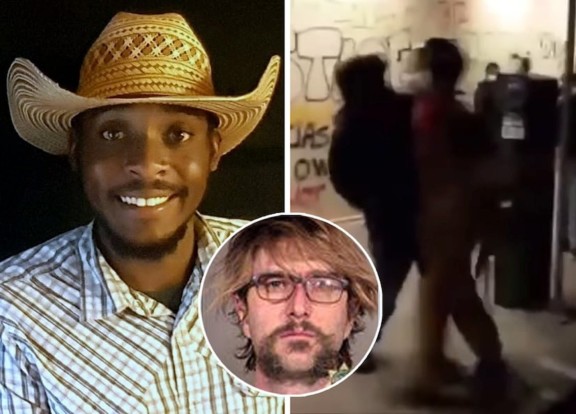 Duncomb and his assailant

Police and paramedics were called and transported Duncomb to the hospital to treat his injuries, some very close to his spinal cord. His assailant was arrested at the scene and booked into the Multnomah County Detention Center with a $250,000 bail.

Again, outside of Fox News, no other major news network covered it. And yet this past week, every one of the liberal news media outlets ran repeated negative stories against the black conservative Trump-supporter Dr. Stella Immanuel, who joined America's Frontline Doctors, a group of board-certified physicians who disagree with CDC findings about COVID-19. As a result, every liberal news agency dug up any additional dirt they could find to discredit Dr. Immanuel, who practices medicine at Rehoboth Medical Center in Houston.

Is this what America has boiled down to? If you're conservative and respectfully disagree with narrative of the day, liberal culture assails you, mocks and mars your good name and tries to dispose you from your career in which you've been caring for people for decades? 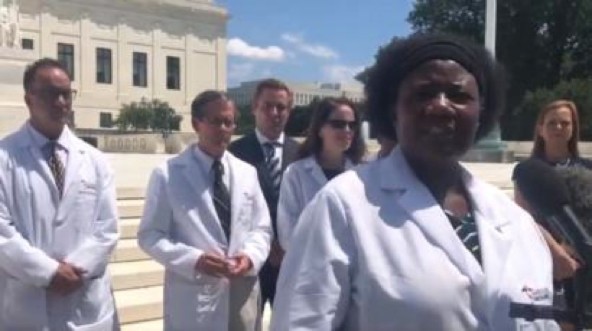 The final straw came for me this last week with the tragic death of the great black conservative Christian culture warrior and 2012 presidential candidate, Herman Cain. He died from complications of COVID-19. Who couldn't love that amazing man with his rags-to-riches CEO story and inspiring patriotic passion and love for people? President Trump even took to his podium last week to call him "a wonderful man."

Despite his remarkable American business climb and service as a public servant, all that liberal media outlets could focus upon was Cain's personal missteps and especially his attendance at President Trump's Tulsa rally where Cain wore no mask. A great American leader dies of COVID-19, and all the sympathy they can show is that he "did it to himself" with Trump as an accomplice to his death? What a travesty! 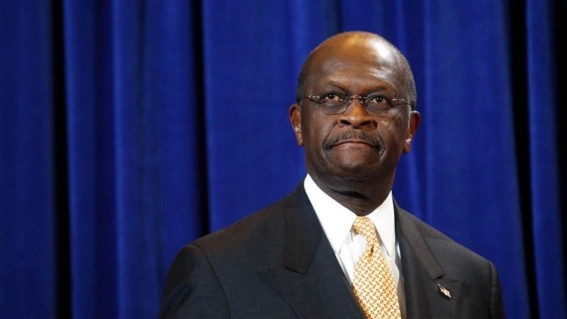 Who can't see the thread here? If you're black, conservative, a Trump supporter and a Christian to boot, and if something bad or even harmful happens to you, don't plan on BLM or mainstream liberal media doing anything about it. In fact, they'll abandon and demean you. If you don't believe me, please, please watch Larry Elder's new documentary, "Uncle Tom," in which a host of notable figures among black America make the case and provide real solutions for the problems that divide our culture right now. Without the answers they provide in the movie, America will continue to experience increased mayhem and lawlessness.

Speaking of law and order, such negative treatment of black conservatives made me recall the tragic end of small-town police chief David Dorn, who was a 77-year-old African American retired St. Louis police officer who served 38 years on the force. He was shot and killed by looters a few months ago in front of a pawn shop. And where were protesters to stand up for justice and his black life? Nowhere to be found! Again, only crickets were heard about Chief Dorn from BLM, CNN, MSNBC, NYT, etc. 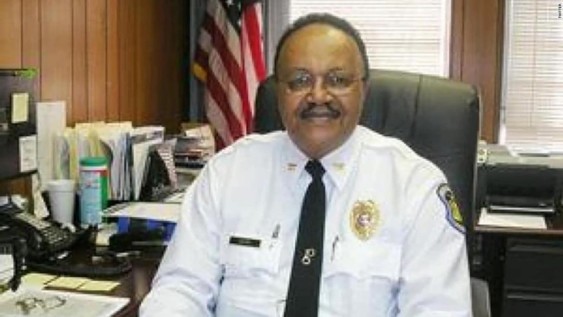 Speaking of our great men and women in blue, we were lastly super-saddened to hear this last week about the anti-law enforcement and anti-American sentiment coming out of our own great Lone Star State of Texas.

Our good friend Jamie in Ft. Worth, a fireman and ninth-degree blackbelt under my long-time friend and martial arts master, Pat Burleson, explained to us that an 18-year-old organized a pro-law enforcement and first responder event called "March for America." It rallied hundreds and hundreds of Texas patriots. The March was such a positive event. Children were waving American flags, and many police and first responders were being lifted up and encouraged. Then came the Black Lives Matter's protesters. 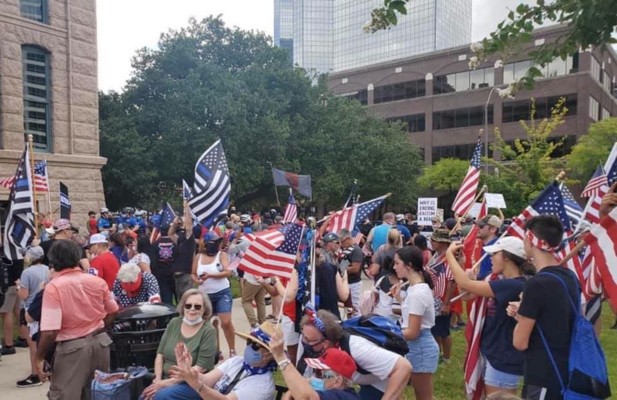 “March for America” rally in Ft. Worth

Here's what Jamie wrote to us (forgive me for the edited profanity, but we want you to know exactly what happened). Jamie described the BLM moment at the rally this way:

We opened in prayer as the BLM shouted "F" your God, "F" Jesus NON STOP! They screamed GD America, F%^* America, F%^* everyone. BLM protesters even said they were going to chop these children's heads off and that they would follow them home. They yelled that they have videos of them and hoped they slept well tonight.

There was a Marine wearing a Marine logo shirt with the words: "If you don't like America, leave." BLM tried to attack him as they called all Marines bad names. When the Marine's wife got involved, they called her a nasty "C" word.

Then later that day three buses of BLM went to Weatherford to attempt to tear down the statue at the courthouse, but thank God there were 1,000 citizens that took control of the riots, and ran BLM out of town.

Friends, this isn't rocket science. At this point, the movement to honor George Floyd has been hijacked by anarchists and Marxist radicals. They are using false pretenses to further their own agenda. They don't really care about the black community, and that infuriates Gena and me. How dare they!

Killing George Floyd, Bernell Trammell and retired police chief David Dorn are all racist criminal acts. Vengeance and vigilantism are as degrading as racism. It is equally wrong and prejudice to stereotype every law enforcement official as it is every African American. The calls to defund and dismantle police departments are a call for anarchy and societal havoc and disorder. Cancel culture creates chaos. And online shaming just because you don't like what someone says is the antithesis of the bedrock morality of our country to "love thy neighbor."

We are better than that, America. We need to return to a country that respects differing opinions and values all people. We need to return to our founders' America where all men are created equal and endowed with inalienable rights from their Creator. As George Washington admonished in his farewell address, America needs to return to the pillars of religion and moral absolutes of the Bible that can produce inner morality and national civility.

I love the way our friend Jamie finished his note to us: "I'm so glad I went to the 'March for America' because my videos are going viral on Facebook. People need to stand up for what they believe, especially Christians, or we are done."

Jamie, you couldn't have said it better: People need to stand up for what they believe or we are done.

Benjamin Franklin said something similar at the signing of the Declaration of Independence. It applies as much to us now as it did to America's founders: "We must all hang together, or, most assuredly, we shall all hang separately."

Chuck Norris
Chuck Norris is the star of more than 20 films and the long-running TV series "Walker, Texas Ranger." His latest book is entitled The Official Chuck Norris Fact Book." Learn more about his life and ministry at his official website, ChuckNorris.com.
Olympians are champions not COVID super-spreaders
Larry Elder for California governor!
What I admire most about Harrison Ford
A dream that healed bitterness between Jefferson and Adams
Thomas Jefferson vs. Joe Biden on right to bear arms
See more...