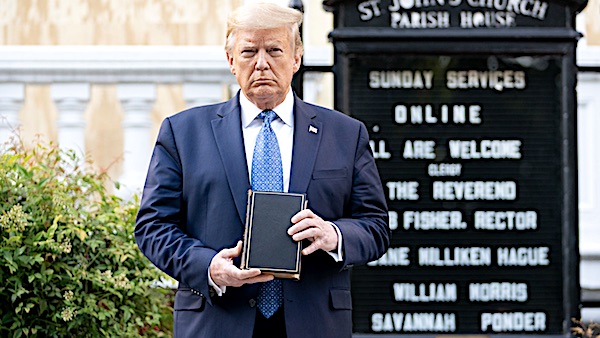 The Bible has been banned or restricted by many authoritarian regimes throughout the world.

When the Iron Curtain divided Europe, Brother Andrew, known as "God's Smuggler," took Bibles to Christians in the communist nations under the dominance of the atheist Soviet Union.

But now Christians in a Western nation are being warned that possessing the Bible could become an offense.

In response to a governmental inquiry, the Bishops' Conference of Scotland pointed out that their affirmation that a person's sex and gender are "not fluid and changeable," based on biblical teachings, could subject them to punishment under the law.

They said "an appropriate freedom of expression provision" must be added to the bill, because without it, widely held views could be punished.

The Telegraph reported the bishops argued that "how hatred is defined is not clear, which leaves it open to wide interpretation" and might "lead to vexatious claims having to be dealt with by police."

The Telegraph reported the Scottish Police Federation has similar concerns about the Hate Crime and Public Order.

It could leave officers "determining" speech, the group said.

The bill would punish anyone "stirring up hatred" against certain groups, "even if a person making the remarks had not intended to do so."

The penalty could be up to seven years in prison.

That is "morally wrong," said Anthony Horan, director of the Catholic parliamentary office, noting the bishops worry "about the lack of clarity around definitions and a potentially low threshold for committing an offense."

"A new offense of possessing inflammatory material could even render material such as the Bible and the Catechism of the Catholic Church ... inflammatory," he said.

Basic Christian beliefs, such as that sex and gender are not changeable, "could fall foul," said Horan.