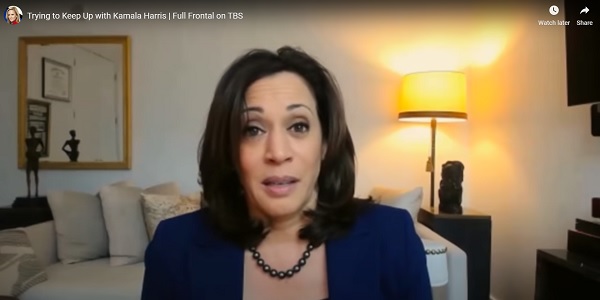 If elected, she would become the nation's first female, first black and first Asian-American vice president.

One year ago, Harris, 55, clashed with Biden in the first primary debate over the former vice president's record on busing and his association with segregationist lawmakers.

"You make a lot of important decisions as president. But the first one is who you select to be your Vice President. I’ve decided that Kamala Harris is the best person to help me take this fight to Donald Trump and Mike Pence and then to lead this nation starting in January 2021," Biden wrote in an email from his campaign to supporters.

Harris was elected to the U.S. Senate in 2016 after serving as California's attorney general. A native of Oakland, she previously was San Francisco district attorney.

She's the child of Jamaican and Indian immigrants.

At a virtual fundraiser in June, Biden said Harris has been "a fighter and a principled leader, and I know because I’ve seen her up close and I’ve seen her in the trenches."

The Trump campaign quickly dispatched a video ad, tweeted by President Trump, declaring Harris "ran for president by rushing to the radical left."

"Voters rejected Harris. They smartly spotted a phony," the ad says. "But not Joe Biden. He's not that smart."