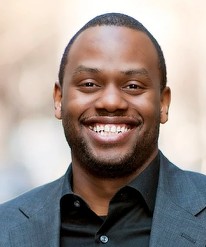 If the essence of whiteness is rugged individualism or self-reliance or hard work, then sign me up. Black people used to have a word for this: "Hustle."

This is not the finest moment in American history. As if race-baiting identity politics couldn't divide us further, the return of sports has only thrown salt in the wounds.

With the National Basketball Association in full swing, sports fans are being bombarded with "Black Lives Matter" sloganeering on jerseys – from "Liberation" and "Love Us" to "Ally" and "Group Economics." The underlying assumption of Black Lives Matter (BLM), of course, is that American society remains systemically racist, with white people actively oppressing minority communities. Colin Kaepernick, who infamously denounced July Fourth as a "celebration of white supremacy," is the figurehead for the BLM movement, but its reach now extends way beyond him.

From the start, the BLM movement has exposed the most radical elements of the left, who position it as an anti-white crusade. Perhaps the most egregious example of anti-whiteness came from the National Museum of African American History and Culture, which described "hard work," "self-reliance" and "delayed gratification" (among other virtues) as inherently white – and inherently negative.

This is madness. In fact, many of the liberals who scapegoat white Americans for daring to be polite and showing up on time used those very same qualities to succeed in their own lives. Patrisse Cullors, a cofounder of the BLM movement, is a Fulbright Scholar who graduated from the University of California, Los Angeles. Should her work ethic be condemned too?

Or consider Krewasky Salter, who is guest curator with the National Museum of African American History and Culture. He has a Ph.D. and two masters – so is he no a product of evil white culture?

Do as I say, not as I do, apparently. Take Kaepernick, who has worked hard to sign lucrative contracts with Disney and Nike to the tune of millions of dollars. This is the same Nike that has exploited Asian sweatshops for decades. This is the same Disney that, in its earlier history, published and promoted dozens of racist cartoons. Yet Kaepernick is all too willing to turn a blind eye – because of the money.

Alas, Kaepernick is one of the left's most revered "thought leaders," prompting thousands of professional athletes worldwide to continue kneeling in his honor. While they claim to be protesting racial injustice, kneeling is simply un-American. It was then, it is now, and it will continue to be un-American.

How do I know? Because Kaepernick, the left's poster child, said as much. He has defended Cuban dictator Fidel Castro (who used the police force to brutalize the Cuban people) while referring to police officers as pigs. If your poster child is un-American, then your entire movement will be painted with the same brush.

Let's be clear: African Americans are being played for fools. Each and every "woke" celebrity who claims to reject whiteness is selling those foolish enough to listen a bag of goods. From Michael Jordan and LeBron James to Oprah Winfrey and President Obama, countless black Americans have reached unprecedented levels of success because they embraced hard work and a wide range of other virtues now condemned as "white." They didn't play the victim card; they played the game, they adapted, and they did whatever it took to succeed.

As LeBron James, a "woke" celebrity himself, often says, "You have to put in the work if you expect to improve your game." He's right: African Americans should listen to that message, not the anti-white scolds.

If African Americans (and all Americans) hope to succeed in today's America, they better embrace that hustle. Kneeling for the national anthem won't help.

Blaming white people won't help; rent is due, and it's hard out here.

Autry Pruitt is the CEO of New Journey, a political action committee dedicated to changing minds and exposing the lies of the Democratic Party.