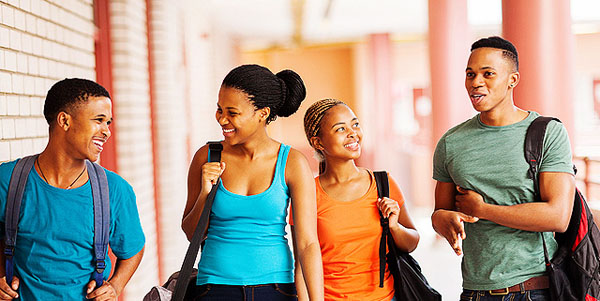 Campus Reform reported NYU officials already are moving on the idea, according to spokesman John Beckman.

"We appreciate the petition authors' position. Res Life staff have reached out to the authors of the petition to discuss how we might move forward with their goals," he said.

The New York University News reported seniors Brenah Johnson and Nia Robinson made the request after concluding the university didn't adequately address the needs of blacks.

"There is nothing to protect us," Robinson said. "Literally no systems in place. What do you do when your professor is racist and wants to take it out on your grades? Microaggressions in classroom discussions?"

They began a student group called Black Violets, which calls for protections for black students on campus.

It has lobbied for more black professors and dorm floors dedicated to blacks.

The report said their petition for black housing has gained attention in the Student Government Assembly, where sophomore Shamon Lawrence was enthusiastic about it.

"I found out about Black Violets and the work they were doing through their petition and I wanted to be on the forefront of asking for these important structural changes," Lawrence explained.

Jesse Maloney, the president of the Inter-residential Housing Committee, also has been lobbied to join.

Campus Reform said the Black Student Association of Rice also has issued a list of demands that includes funding of a "Black House."

"We demand that Rice invest in creating a non-residential Black House that has all the features of a residential college but is specifically made for Black students and Black organizations to congregate and hold events," the group said.

Other demands included the "decolonization of Rice's entire curriculum" and the elimination of a statue of William Marsh Rice, for whom the university is named.

Campus Reform noted that in 2019 a National Association of Scholars report raised the idea of "neo-segregation" at Yale.

It said American colleges and universities recruit blacks and other minorities but foster campus practices "that encourage these students to form separate social groups on campus."

A socialist website said New York University has given a "green light" to segregated housing by next fall.

The report said black students need a "safe space" where they can be protected from "other races."

The Twitter news-aggregating blog Twitchy noted an ironic twist to the story: "They said if Donald Trump won the election, we'd return to the days of racial segregation. Looks like they were right."