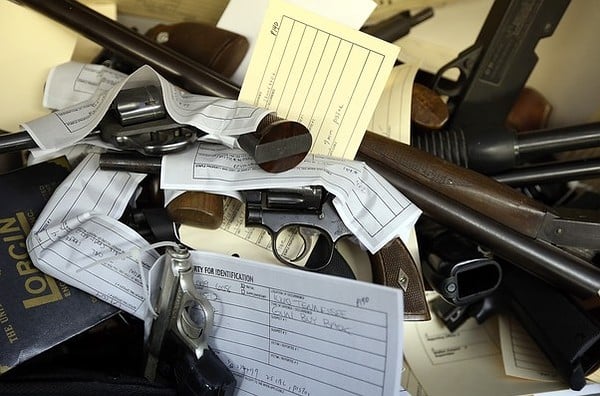 The state of California is using the COVID-19 pandemic as well as its own bureaucracy to delay and restrict consumers' access to firearms, a lawsuit charges.

The defendants are California Attorney General Xavier Becerra and Brent E. Orick, director of the California Department of Justice, Bureau of Firearms, in their official capacities.

"California DOJ and the Bureau of Firearms are using the state’s Dealer Record of Sale and the coronavirus outbreak to violate the state's 10-day waiting period by extending it as long as 30 days to complete a firearms transaction," SAF founder and Executive Vice President Alan M. Gottlieb explained. "The agency is essentially violating its own law to perpetuate its anti-gun political philosophy needlessly delaying the ability of law-abiding Californians to exercise their rights."

The case in San Diego County Superior Court charges that the state is using the circumstances to delay firearm transfers from dealers to consumers "beyond what is authorized by law."

The state code requires dealers to transfer newly purchased weapons to their buyers after a 10-day waiting period for a background check, during which delivery is "pending." The 10-day delivery doesn't apply if the purchase permission is denied or if certain circumstances delay it.

However, the state is using the COVID-19 issue, as well as the procedures it has set up, to delay routine deliveries by 30 days or more for reasons that are not permitted by law, the case charges.

The complaint points out that state law allows Democratic Gov. Gavin Newsom to suspend state law based on emergencies such as the pandemic. But he did not suspend the state Penal Code dealing with firearms "because it would have invited a wave of litigation over whether an up-to-30-day delay violates the Second Amendment."

The state's practice "to maintain applications in a 'pending' status after the statutory 10-day waiting period has expired, without having approved, delayed, or denied the applications," violates state law, the case alleges.

"Such delay tactics are unconscionable," Gottlieb stated, "and this is just one more example of anti-Second Amendment politicians exploiting the COVID-19 crisis to infringe on the rights of Golden State residents. They are also exploiting the state’s so-called ‘universal background check’ requirement to cloak this strategy. As we explain in the lawsuit, California DOJ is essentially rewriting provisions in statute in an effort to cover themselves, and we’re not going to let them get away with it."