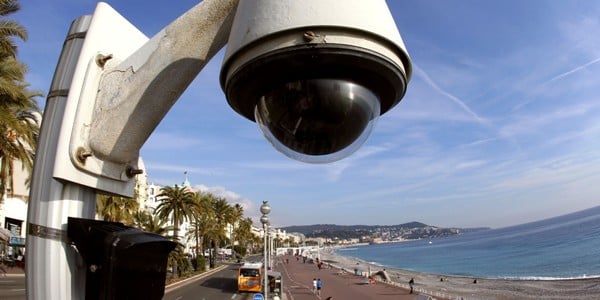 In a unanimous decision, the Massachusetts Supreme Judicial Court ruled Thursday that police must obtain a search warrant to set up a pole-mounted camera to monitor a suspect's home.

The case centered on three men charged as part of an alleged drug ring.

The court ruled that, under the state's constitution, long-term use of such cameras amounts to a search.

"If the home is a 'castle,' a home that is subject to continuous, targeted surveillance is a castle under siege," wrote Justice Barbara Lenk for the court. "Although its walls may never be breached, its inhabitants certainly could not call themselves secure."

Lenk wrote that without "the need to obtain a warrant, investigators could use pole cameras to target any home, at any time, for any reason."

"In such a society, the traditional security of the home would be of little worth, and the associational and expressive freedoms it protects would be in peril," she wrote.

The Electronic Privacy Information Center, which filed a friend-of-the-court brief in the case, noted the court also refused to make privacy rights "contingent upon an individual's ability to afford to install fortifications and a moat around his or her castle."

"At different times during the course of the investigation, officers installed a total of five hidden video cameras on public telephone and electrical poles. Three of these cameras were aimed towards homes of alleged members of the drug conspiracy," the court explained.

However, some defendants wanted the footage and resulting evidence suppressed "as the fruits of an unreasonable search, in violation of the Fourth Amendment to the United States Constitution and Art. 14 of the Massachusetts Declaration of Rights."

The request was denied.

On appeal, the high court reviewed the request for the video camera recordings to be disallowed.

"We conclude that the continuous, long-term pole camera surveillance targeted at the residents of [Nelson] Mora and [Ricky] Suarez well may have been a search within the meaning of the Fourth Amendment, a question we do not reach, but certainly was a search under the state provision," the court said.

The case was returned to the lower court to determine "whether investigators had probable cause to conduct these searches when the cameras targeted at Mora's and Suarez's houses were first installed."

The cameras trained on the residences covered their porches and the front and neighboring streets, the court said. They captured between 62 days and 169 days of continuous footage.

The issue is significant because at risk is the evidence police eventually found, including "substantial quantities" of heroin, cocaine and some $415,000 in U.S. currency.

The trial judge had ruled the cameras were legal because they captured only what was otherwise visible to the public.

But the high court said: "For uninterrupted periods of five months and two months, respectively, pole cameras were targeted at Mora's and Suarez's residences. These cameras videotaped not only Mora and Suarez, but also every person who visited their homes, and every activity that took place in the immediate vicinity. Because of the focused and prolonged nature of this pole camera surveillance, investigators were able to uncover the defendants' private behaviors, patterns and associations."