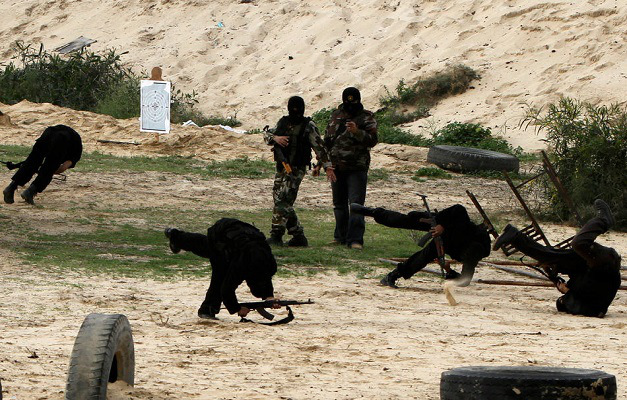 An international fight has been going on for several years over the Palestinian Authority's payment of wages to terrorists and their families.

The United States is among several nations that have adopted measures to prevent any international funding of the PA from being used to that end. And the Israel-based Palestinian Media Watch has urged a crackdown on banks that transfer those funds.

Now, the Tel Aviv District Court has ruled in favor of the crackdown in a case brought by Fahri Omar, who has received monthly salaries for his involvement in the 2005 suicide attack in the Israeli city of Hadera that killed six people and injured dozens, according to PMW..

Omar was targeted when Israel's minister of defense, Naftali Bennett, announced orders to seize funds intended for terrorists from banks.

Omar went to court to fight the order and lost.

"PMW is pleased that the Israeli government is taking concrete steps in the war against the PA’s terror financing, and expects that this policy of seizing the bank accounts in which terrorists receive their terror salaries will soon be expanded to all the banks in the PA areas," the organization said. "PMW has been leading the battle internationally against the PA’s payments of salaries to terrorist prisoners, since PMW first exposed this PA practice in 2011."

PMW noted the terrorists "have never reported this income, nor paid the taxes they owed for this income."

"What is more, the terrorists continued to receive the salaries even when the PA paid them through an organization that was declared by the Israeli Minister of Defense as a terror organization, without the appropriate actions being taken to prevent the salary payments and/or any other action in response to money being received from a terror organization."

PMW said that according to the PA’s pay scale, the salary of an imprisoned terrorist begins at about $401 from his first day of imprisonment, and gradually rises to $3,435 a month, in accordance with the amount of time he has been in prison.

Terrorists who are married and have children receive more.

In 2018, PMW said, the PA paid $143.7 million to imprisoned terrorists and released terrorists.