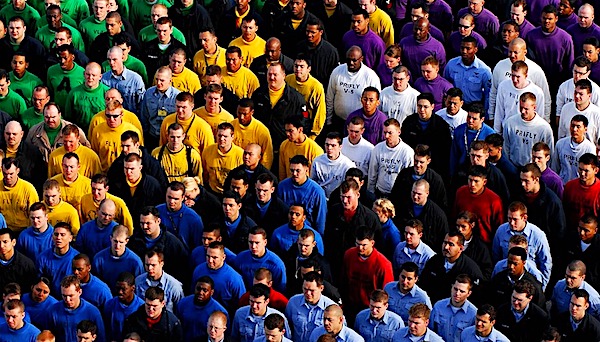 A Democratic mayor accused of having inappropriate sexual relationships with college students said Monday that he will not drop out of his congressional primary race.

Alex Morse, mayor of Holyoke, Massachusetts, and lecturer of political science at the University of Massachusetts, responded to allegations that he used his position as a teacher to seduce students into relationships with him and the university’s internal investigation.

My statement on the last 48 hours. pic.twitter.com/2RU5ht6jZ8

In the statement posted to Twitter, Morse denied any wrongdoing, and said he has had only consensual relationships, including some with “students enrolled at local universities” that he met over dating apps.

“I have never used my position of power as a Mayor and UMass lecturer for romantic or sexual gain, or to take advantage of students. I have never violated UMass policy. Any claim to the contrary is false. As I’ve acknowledged, I have had consensual relationships with other men, including students enrolled at local universities that I’ve met using dating apps.”

Morse, who is running against incumbent Democratic Rep. Richard Neal in the primary, also pledged to cooperate with investigators, adding that he “[stands] ready to meet with the University, the students, or any other people affiliated with the review process.”

The College Democrats of Massachusetts told the Morse in an email August 6 that they would no longer assist his grassroots campaigning.

In the letter, the College Democrats alleged that Morse had used his institutional power as a progressive politician and a university lecturer for “romantic or sexual gain” and disinvited him from attending future events, college newspaper The Daily Collegian reported.

Following news of the allegation, the University of Massachusetts launched an investigation into Morse’s conduct during his tenure as a lecturer to see if he’d violated school policy or federal Title IX law. The college said it had “no plans to rehire Morse,” according The Daily Collegian.

Ed Blaguszewski, a university spokesperson, said that relationships like those Morse is accused of “diminish the trust and respect that ordinarily characterize the faculty-student relationship and are therefore inconsistent with the educational mission of the university,” Mass Live reported.

The College Democrats on Sunday clarified their initial allegation against Morse to address a potential conflict of interest because they’d received a $1,000 donation from his primary opponent’s campaign. The group said in a statement posted to Twitter that they had not collaborated with Neal’s campaign to bring the allegations up against Morse.

A statement from the College Democrats of Massachusetts regarding our letter to Alex Morse: pic.twitter.com/3nmhzmA7of

“To suggest our decision to send the letter to Mayor Morse was a quid pro quo with Rep. Neal, his campaign, or anyone else is untrue, disingenuous, and harmful,” the statement said.

The Massachusetts primary election is scheduled for Sept. 1. Morse did not immediately respond to the Daily Caller News Foundation’s request for comment.