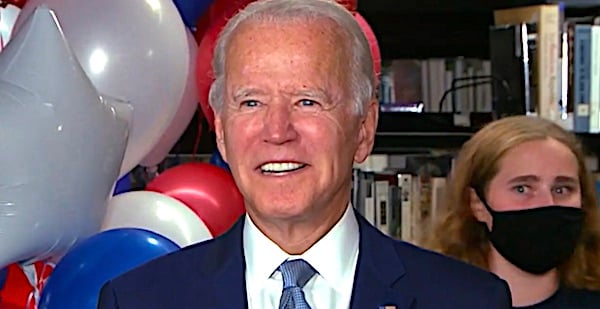 Carper and fellow Democrat Delaware Gov. John Carney cast the final nominating votes for Biden on Tuesday night, in keeping with the tradition of the nominee’s state casting the final votes.

“Our nation faces daunting challenges but I have known Joe Biden for 40 years and there is nobody I trust more to lead our party, unite our country and restore our standing in the world,” Carper said.

“What’s more, he is humble, he tells the truth and treats everybody he encounters with respect, and builds bridges, not walls. He is a leader made for this moment and the finest public servant I have ever known,” he added.

Carper admitted in a 1998 interview that he once hit his ex-wife in the face.

“Did I slap my wife 20 years ago? Yes,” Carper said in the interview, which the Washington Free Beacon first resurfaced in December 2017. “Do I regret it? Yes. Would I do it again? No,” he added.

The Free Beacon also resurfaced a 2000 newspaper article that quoted Carper admitting to hitting his ex-wife in a deposition.

Carper said his ex-wife was left with “some discoloration of her left eye and some puffiness” as a result of the violent act, according to the deposition.

“I slapped Dianne one time. It was a stupid thing to do and I … regret it now. It caused some discoloration of her left eye and some puffiness,” he is quoted saying in the deposition.