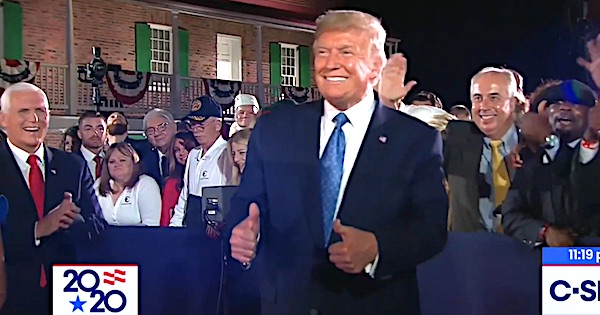 A Democratic congressional candidate in Florida, characterizing Republicans' view of George Floyd as "a bad guy," reasoned that it must be "open season" on Trump administration officials.

Pam Keith, who is backed by the Democratic Congressional Campaign Committee, is challenging U.S. Rep. Brian Mast, R-Fla., for Florida’s 18th district in a race that is now considered a tossup by the Niskanen Center, the National Review reported.

Is that REALLY the new rule they want? Killing is OK if it’s a “bad guy?”

Is it now open season on:

The report noted another, more recent tweet by Keith: "Stop telling me that EVERY Trump supporter is not racist. YES THEY ARE! The word for someone who stands with, supports, votes for justifies, disseminates and Co-signs on an avowed racist is … RACIST!"

Florida Politics reported Keith has a "large margin" to make up, and while Mast has raised nearly $4 million, she has collected some $282,000.

Mast is running on his environmental efforts, for which he's been praised for working with Democrats.