The Democratic playbook for November is now set in stone. And it turns out that the cocktail of calamity in COVID-19 and George Floyd's demise has proven to be too sumptuous for the party to resist.

Democrats have mobilized their governors to exacerbate the threat of COVID-19 to their respective states' elderly populations in order to justify a supposed need for cheat-by-mail voting. Never mind that the so-called scientific basis for the need for voting by mail has long been debunked.

Meanwhile rioters continue to facilitate the spread of COVID-19. This, while certain "scientists" and virtually all mainstream propaganda outlets continue to make ridiculous claims that rioting is 100% safe with respect to spreading the virus, while voting in person is extremely hazardous and even deadly.

On local fronts, Democratic leadership continues to actively facilitate and even participate in rioting that supposedly protests racial injustice under the ruse that black lives matter to Democrats despite the racist history of the Democratic Party. Never mind that police interactions did not matter one bit to Democrats during the Obama administration, when the statistics were essentially identical as today: 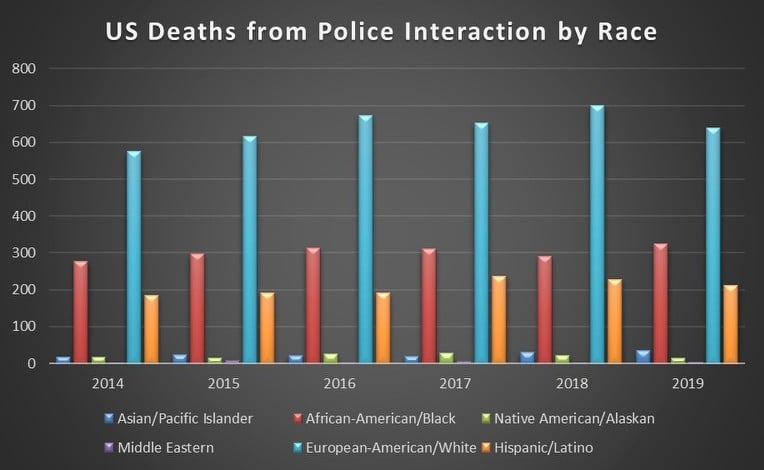 Interestingly, the rioting groups we now see are predominantly white; there are very few black people to be found at these riots. All we see are communist and anarchist groups supposedly protesting the vast numbers of black people killed by police. But statistics show us just what a ruse it is for a bunch of white anarchists and communists to be protesting under the BLMTM banner: 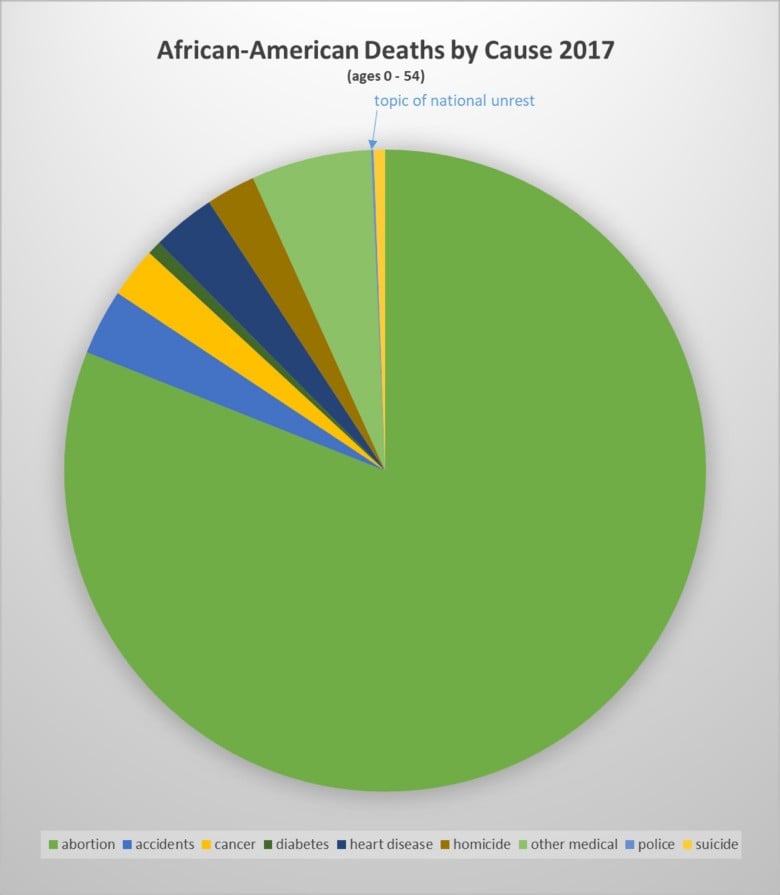 I have to admit, the Democratic plan to push cheat-by-mail in as many places as possible is a stroke of pure evil genius on their part – not because it will deliver them the win, but because it will serve as the reason that they lost. Yes, you read that right. Democrats are pushing vote-by-mail because they know it is doomed to failure, and this gives them a basis to contest the election after they most assuredly lose it.

Which brings us back to rioting. Democrats also know the only hope to oust the duly elected president after he is duly reelected is for rioting across the nation to drag on for months as recounts of mail-in ballots drag on for months. All while mainstream propaganda outlets drone on and on with bogus claims that pre-election polls and current recounts prove the challenger won.

These usher in what Democrats are really salivating for. Top-ranking Democrats are actively grooming military leaders to do the deed of forcibly removing the duly reelected president. This is why we see these Democratic leaders stating as fact that Trump will refuse to leave office, while making their case for military intervention to forcibly remove him. They are trying to prime the pump for military intervention in the future by grooming military leaders today.

So where do Democrats stand with their perverted plan? They have established rioting cells across the nation. They and their mainstream propaganda outlet allies are pushing the "Trump will refuse to leave" narrative across the nation.

They are actively grooming military leaders to forcibly remove the president upon their demand. They are increasing the spread COVID-19 and fatality counts through rioting, nursing home policies and withholding of hydroxychloroquine prophylaxis.

Democrats are re-priming their narrative of "race-based disenfranchisement," which will serve as their call to rioting on Nov. 4 and beyond. Democratic governors and local leaders continue to condition the more complacent masses to cower at home sheltering from COVID-19 while the Nov. 4 riots protesting the election break out.

So, there you have it, folks. Democrats know that the black vote isn't going to deliver the White House to them this time around, so they had no choice but to try to take advantage of the crises du jour. Well, actually Democrats do have a choice, but power is infinitely more important to the contemporary crop than patriotism and truth, so there is zero chance they will choose the right path for the nation.

The Democrat's playbook is so completely transparent its laughable. But sadly, for the nation there is zero hope that they are going to change it despite everyone seeing exactly what they're up to. Democrats believe they have achieved a critical-mass coalition of the radical, the uninformed and the gullible to pull this off. And they are more than willing to exploit all of these people in true community-organizer fashion to get what they want. So, I'm afraid our nation is in for one wild ride come November.