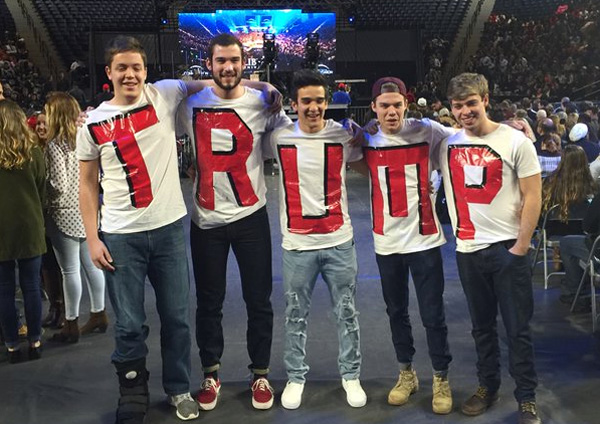 Many Democrats are heading into the November election expecting a blue tsunami that takes us to the White House and flips control of the Senate. And betting markets are mirroring this potential reality, with Biden now being favored to win by both PredictIt and $markets, two of the most popular online betting sites. But if Democrats want to win in November, they cannot ignore the forgotten men and women who elected Donald Trump in the first place.

While it is tempting, Democrats cannot rely on the polls that show a sweep. After all, Hillary Clinton was leading at this stage of the election four years ago. That was until Trump’s populist messages took him to a surprisingly large Electoral College victory, winning most of the key swing states.

If Democrats want to avoid a repeat of 2016, we must speak to the issues that Middle America cares about, without sacrificing our values. Working-class voters used to be the heart of the Democratic Party, but we have been losing ground with this key voting bloc and must make up ground quickly or risk a second term of President Trump.

Unfortunately, Democratic leaders across the country are making it more difficult to earn the working-class vote by implementing policies that make life harder for them. And the coronavirus pandemic has shed further light on this already glaring problem.

In Wisconsin, the failure of leadership by Gov. Tony Evers (pictured) was made evident when, under his watch, the state waited far too long to add additional resources to process unemployment insurance claims and put in place common-sense policies like expanding call center hours. Jobless Wisconsinites were left stranded by the state, unable to pay bills and racking up debt that will be difficult to pay off. Now it's been reported that some unemployment claims won’t be processed until October, giving Wisconsin’s Republican lawmakers an opportunity to fix Evers’ mistakes by proposing loans for those waiting in the unemployment backlog.

In addition, Wisconsin received a failing grade for its response to COVID-19 in jails and prisons. The report, which was put together by the American Civil Liberties Union and the Prison Policy Initiative, examined and compared how every state fared during the pandemic, and Wisconsin earned an F+ -- the second-lowest score among the states. In addition to the inmates, this puts the life of everyone who works in the prisons, including security guards, nurses, cleaning staff and those who work in the kitchen, in danger.

And it's not just the policies that have left working-class voters feeling forgotten. During the height of the pandemic, while Americans across the country were worried about how they would feed their family and pay their rent, elected officials like Los Angeles Mayor Eric Garcetti went to sleep in his plush taxpayer-funded mansion while renting out his personal home for $5,000 a month.

Additionally, if you can’t find him in the city, that’s because the mayor is likely traveling the country seeking to prop up a future career in higher office. In one 12-month stretch, he spent 112 days — more than 30% of his time — away from L.A. Democrats should know that working-class Americans can't relate to that.

As Garcetti has been spending his time preparing the ground for a higher-office run, there have been recent calls from people in Los Angeles for the mayor to be recalled, serving as a reminder to all Democrats who have their eyes on future political offices that we cannot take anything for granted and must remain focused on the job at hand in order to earn the trust and support of all voters heading into November.

Working-class Americans care about what all Americans do: good jobs that help to provide a better future for their families. And under Mayor Garcetti’s watch, L.A. has seen record high unemployment, over 20%, worse than the rest of California. While Democrats are in a strong position to win on other issues, jobs and the economy is the one issue where President Trump consistently outperforms former Vice President Joe Biden, which should be a warning sign for Democrats across the country to step up and deliver good jobs for Americans.

Whether we agree or not, working-class voters elected Trump because they believed he had their best interest in mind. Democrats seem to have forgotten the lessons of 2016 and risk repeating the same mistakes unless leaders show up and speak out on issues that matter to the forgotten men and women in this country.

Brendan Flanagan is a Democratic consultant and a veteran of Obama for America.

Feds admit only 17% of pandemic rental aid has been distributed