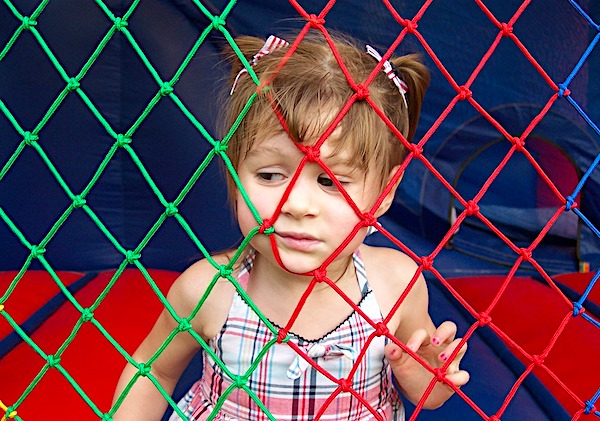 Children played an important role on the third night of the 2020 Democratic National Convention Wednesday, which presented kids as advocates for issues ranging from gun violence to immigration.

Former Sec. of State and 2016 Democratic presidential nominee Hillary Clinton addressed the “young people of America” during her speech, telling them to not give up on the country despite its flaws. Meanwhile, Massachusetts Sen. Elizabeth Warren gave her speech from a Springfield, Massachusetts, pre-school classroom advocating for better child care policies.

A video montage addressing gun violence featured a speech given by Emma Gonzalez, a high school student who was present at Marjory Stoneman Douglas High School in Parkland, Florida during a 2018 shooting. She gave the speech at the March For Our Lives, a rally organized by several of her fellow classmates.

“They say that us kids don’t know what we’re talking about, that we don’t understand how the government works,” Gonzalez said at the rally. “We call B.S.”

“We have to end corporate lobbying by the [National Rifle Association],” said a boy identified as Joseph M. from Florida. “We have to invest in mental health in our communities rather than making our schools maximum security prisons.”

One of the opening videos during the part of the convention devoted to addressing climate change included a clip of a child at a climate rally. The child called out adults in the clip played at the DNC.

“I’m a kid and I’m going to say to all those adults who are watching this right now, why don’t you get up and do something,” he said.

Moments later, Alexandria Villaseñor, a 15-year-old climate activist, recounted her experience during the 2018 California wildfire, which was the deadliest in the state’s history. She said climate change is robbing her generation of a future.

“For young people my age, every aspect of our lives, from where we go to school to what kind of careers we’ll have to whether or not we can raise a family, depends on us taking climate change seriously right now,” Villaseñor said in the DNC video. “Joe Biden won’t solve this crisis in four years. No one can. But, he will put us back on track.”

The part of the night devoted to immigration policy began with the story of an 11-year-old named Estella who said her mother was deported despite her father being a former Marine because of President Donald Trump’s policies. She read from a letter addressed to Trump.

“My mom is my best friend,” Estella said. “She came to America as a teenager over 20 years ago without papers in search of a better life.”

She continued: “My dad thought you would protect military families so he voted for you in 2016, Mr. President. He says he won’t vote for you again after what you did to our family.”

In a video shortly after Estella’s story, several photos of presumably immigrant children holding American flags were edited together while former President Barack Obama’s voice was heard talking about immigration.

A video montage on women’s rights featured images of young girls at protests. A narrator specifically mentioned the importance of children having a voices in the issue.

“The child that knows that black lives matter,” the narrator said.

A clip from a protest showed a young girl chanting “no justice, no peace.”