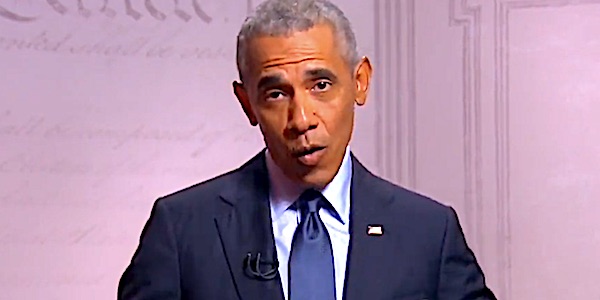 John Ratcliffe, the director of national intelligence, has been coordinating with U.S. Attorney John Durham and plans to soon declassify more documents related to the Trump-Russia probe, he said Sunday.

“The question now is did the FBI have a proper predicate to begin a counterintelligence investigation at all, and that’s the issue that John Durham is looking at, and also the issue that I’m continuing to look at,” Ratcliffe said in an interview on Fox News’s “Sunday Morning Futures.”

Durham, the U.S. attorney for Connecticut, is conducting a sprawling investigation into several aspects of the U.S. government’s surveillance activities against Trump associates.

He is investigating the FBI’s decision to open an investigation in July 2016 against Trump campaign associates over their possible ties to Russia, as well as an intelligence community assessment that said the Kremlin meddled in the 2016 election in order to help Donald Trump win.

Ratcliffe said that he is not privy to Durham’s findings, but that he has provided the prosecutor access to intelligence documents needed for the investigation.

“I’m coordinating with him to make sure that he has the intelligence documents that he needs to do his work, and what I don’t want to do is declassify something that might prejudice his work so we’re going to have to coordinate as we go forward,” said Ratcliffe, a former U.S. congressman from Texas.

Ratcliffe said he has tried to avoid declassifying documents that would “prejudice” Durham’s investigation, though he said he’s “optimistic that I’ll be declassifying additional documents soon.”

Durham’s investigation has yielded one prosecution so far. Former FBI lawyer Kevin Clinesmith pleaded guilty on Aug. 19 of altering a June 2017 email from a CIA analyst to say that Carter Page was not a source for the spy agent. Page had served as an “operational contact” for the CIA through 2013.

Grenell declassified information in footnotes from the Justice Department inspector general’s report on the FBI’s Trump investigation, which showed that the bureau had evidence that the Steele dossier may have contained disinformation planted by Russian intelligence officers.

Ratcliffe declassified an FBI memo of interviews with Igor Danchenko, the primary source for dossier author Christopher Steele. Danchenko’s statements to the FBI called into question the reliability of the dossier, which the FBI used to obtain surveillance warrants against Carter Page.