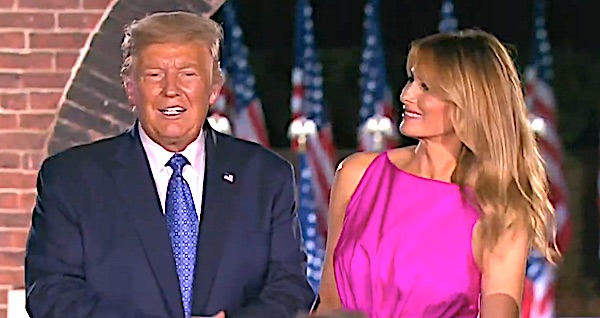 Although this president is often given to exaggerations, this is not one of them. The disputes that will inevitably grow out of the widespread use of mail-in ballots could make it impossible to know who is elected president on Nov. 3 -- or even by Jan. 20, when the newly elected president is to take office. Although many assume that Trump is talking about fraud in mail-in balloting – and mail-in ballots will make fraud easier -- the real danger is extreme delay in gathering and reporting the election results. Disputes over ballot validity will descend on state and federal courts, all of it eventually reaching the Supreme Court. The 2000 fight over the Florida results was finally decided by the court on Dec. 12, 2000, and this was one dispute about one county in one state.

So the answer to the question about what could go wrong with mail-in ballots is this: plenty. Just in the recent primary election in New York, results in one race could not be reported until six weeks after the balloting as the representatives of rival candidates fought over the validity of mail-in ballots. As the Washington Post reported,

At the center of this mess is a massive influx of mail-in ballots -- 403,000 returned ballots in the city this cycle vs. 23,000 that were returned and determined valid during the 2016 primary -- and a system wholly unprepared to process them. It’s not just delayed results that are at issue: In the 12th District and in the primaries across the country, tens of thousands of mail-in ballots were invalidated for technicalities like a missing signature or a missing postmark on the envelope.

In New Jersey, as reported in the Wall Street Journal, 9.6% of ballots were not counted, because of deficiencies such as late delivery and lack of signatures. These controversies will not be settled by goodwill on both sides. They will eventually make it into the courts, and the inevitable delays in litigation may mean that the new Congress will convene on Jan. 3 without all the seats filled in both the House and Senate.

Infinitely worse will be the controversy over the presidency, as tedious ballot counts produce challenges to the validity of signatures, ballot delivery dates and whether a voter is truly a resident of the state in which the vote was cast. Several weeks ago, for example, the Wall Street Journal published an article by a voter who was once a resident of Washington state but is now a resident of Texas. A ballot was sent to his Washington home and dutifully forwarded by the post office to his Texas address. Clearly, he could easily vote in two states. How many partisans will resist this temptation? Imagine the fights that will occur over whether a particular voter is validly entitled to vote in Texas or Washington. Will the residency of every voter have to be verified?

In a tight presidential race, every ballot disqualified in every state could be significant, inducing legal fights and differing legal judgments by state and federal courts throughout the nation. If these controversies extend beyond Jan. 20, the constitutionally settled day for the presidential inauguration, there will also be controversies about who is the president. This will be extraordinarily dangerous in a world in which many nations have nuclear weapons or designs on the territory of neighboring states. This is what anyone might call an impending catastrophe.

The applicable provision of the Constitution is the 20th Amendment, adopted in 1933. This provides that the president in office on Jan. 20 of the year after a presidential election will leave office at noon on that date and the newly elected president will be inaugurated.

But what happens if -- because of reporting delays and court disputes in key states -- there is no duly elected president on Jan. 20? The 20th Amendment might seem to apply here. It says that if, on that date, a “President-elect” has not “qualified” under the Constitution’s rules for age or birthplace, Congress may provide by law “who shall then act as President until the President-elect” has qualified.  But because the amendment applies only to the case where there is a known president-elect (just not one who has qualified), it would not apply when no candidate has a settled Electoral College majority by Jan. 20. Accordingly, Congress will not have the authority to elect a temporary president as contemplated by the 20th Amendment.

Because the 20th Amendment specifies that the current president must leave office at noon on Jan. 20, that could mean the United States will not have a president on that date. Here, the Presidential Succession Act of 1947 could come into effect. That act applies when the current president is unable to serve, which would include the end of President Trump’s term on Jan. 20.  The act then provides that the presidency temporarily devolves on the speaker of the House, followed by the president pro tempore of the Senate, followed by the members of the Cabinet.

However, if too many races have not been settled because of mail-in ballot problems, we may not know, by that date, who is the speaker of the House or the president pro tem of the Senate. In any event, in order to assume the temporary presidency that would then be open, each of these people must resign his or her current office, including -- for the speaker of the House -- both the speakership and membership in the House.

It could be, of course, that voting in states that do not adopt widespread mail-in balloting will provide an undisputed winner in the Electoral College before Jan. 20, but if not, a widespread system of mail-in ballots in the coming election could create exactly the constitutional catastrophe Donald Trump has been predicting.

Peter J. Wallison is a senior fellow at the American Enterprise Institute. He was White House counsel in the Reagan administration.

WND News Services
These reports are produced by another news agency, and the editors of WND believe you'll find it of interest.
Traffic at Walmart plunges as Biden's inflation makes even discounter too expensive
El Salvador president: What would U.S say if our police raided my opponent?
U.S. to send warships through Taiwan Straight 'in the coming days'
Why Russia wants to play down a strike on its forces in Crimea
5 more E.U. nations to help France combat wildfire
See more...