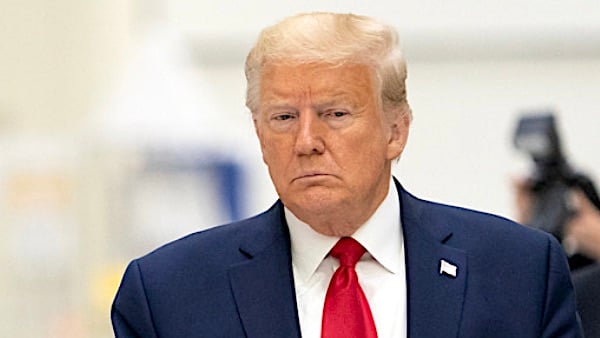 China is the biggest national security threat to the United States, including through "election influence and interference," according to Director of National Intelligence John Ratcliffe.

In an interview Monday with Fox News' "America's Newsroom," Ratcliffe said China "is concerned that President Trump’s reelection would lead to a continuation of policies that they perceive to be 'anti-China.'"

He said the intelligence community has briefed "hundreds of members of Congress" on concerns about China and the communist nation's increased efforts "to impact the U.S. policy climate in its favor."

Democrats made election interference an issue in 2016, accusing the Trump campaign of colluding with Russia. While special counsel Robert Mueller concluded Russia tried to interfere, he couldn't find sufficient evidence of collusion.

"China poses a greater national security threat to the U.S. than any other nation – economically, militarily and technologically. That includes threats of election influence and interference," Ratcliffe told Fox News.

"Yet congressional Democrats like House Speaker Nancy Pelosi and House Intelligence Committee Chairman Adam Schiff, who ever since 2016 have issued dire warnings about Russian meddling, have not been quite so vocal about China’s potential to interfere in the 2020 election," FoxNews.com said.

Pelosi claimed last week that the threats are "not equivalent" and said the intel community needs to focus more on Moscow.

But Ratcliffe told Fox News the threat from China is significant, and he is "committing the IC (Intelligence Community) resources needed to fully understand the threat posed by China and provide U.S. policymakers with the best intelligence to counter China’s broad and deep malign activities."

Social media accounts from a pro-Chinese spam network, called Spamouflage Dragon, have been posting videos attacking Trump, according to a report earlier this month by Graphika.

Some of the anti-Trump messaging is related to the coronavirus pandemic and racial justice protests across the U.S., the report said.

Bill Evanina, the director of the National Counterintelligence and Security Center, said other nations are trying to influence the U.S. election, including Iran, Fox News reported.

"Although China will continue to weigh the risks and benefits of aggressive action, its public rhetoric over the past few months has grown increasingly critical of the current administration’s COVID-19 response, closure of China’s Houston consulate, and actions on other issues," Evanina said earlier this month.

Also, FBI Director Christopher Wray said China clearly has been trying to push the U.S. to a more "pro-China" direction.