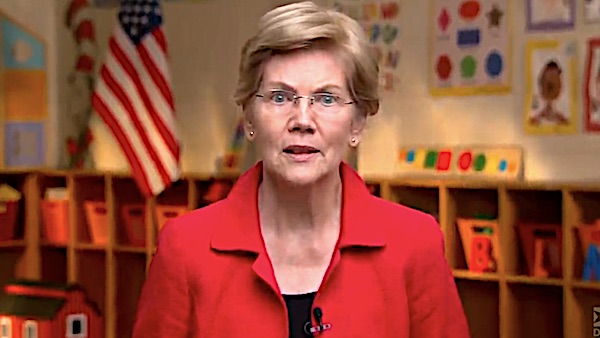 The Biden campaign is engaged in an early, behind-the-scenes to form a potential Cabinet to lead what the Democratic presidential nominee promises would be "the most progressive administration since FDR."

Politico reported Biden would lean on his connections from the Obama administration. Among them would be "institutionalists who are palatable to centrist Democrats," Politico said. But he is taking advice from the progressive wing of the party.

Biden is taking economic advice from Warren, Politico sources said, and she is widely viewed as a potential Treasury secretary in a Biden administration.

In line with Warren, Biden has called corporate America "greedy as hell" and proposes raising the corporate tax rate.

This week, he promised to raise taxes on Americans making more than $400,000, saying they need to "pay their fair share."

Politico said progressives have been "heartened by the composition of his transition team."

It's headed by former Sen. Ted Kaufman, a longtime Biden adviser and Biden's successor in the Senate. It includes top Warren adviser Julie Siegel, and Gautam Raghavan, chief of staff to Rep. Pramila Jayapal, the co-chair of the Congressional Progressive Caucus.

A veteran Democratic strategist close to Biden's transition team told Politico that if Warren wants a post, she is "definitely in the Cabinet." In any case, she's likely to influence Biden's thinking.

Others mentioned include Los Angeles Mayor Eric Garcetti, a likely candidate for transportation or Housing and Urban Development.

Bass -- who was a finalist for vice president before her fondness for Fidel Castro was spotlighted -- could be secretary of HUD or Health and Human Services.

Buttigieg, a onetime presidential candidate, is seen as a likely choice for ambassador to the United Nations or secretary of Veterans Affairs.

Larry Cohen, who chairs the Bernie Sanders-aligned group Our Revolution, said the inclusion of progressives on Biden's transition team is "the reason I'm hopeful" about a Biden administration.

Robert Reich, the Clinton-era Labor secretary, said Biden has the opportunity to be "a transformative president."

"It’s almost entirely a function of the times," he said.