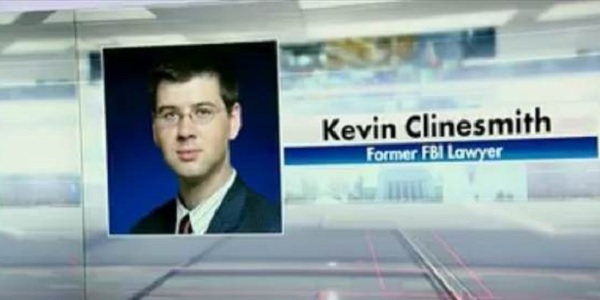 John Durham, the U.S. attorney for Connecticut, filed a criminal complaint against Clinesmith on Friday, alleging that he altered an email in June 2017 regarding Page’s past relationship with the CIA.

The CIA had told the FBI in August 2016 that Page served as an “operational contact” for the spy agency from 2008 to 2013. Clinesmith contacted the CIA in June 2017 regarding Page while completing an application to renew surveillance against the ex-Trump adviser.

According to the criminal complaint, Clinesmith added the words “not a ‘source'” in reference to Page to a CIA liaison’s email. Clinesmith shared the altered email with an FBI supervisory intelligence analyst working on the Page investigation.

Clinesmith, 38, said Wednesday that he knowingly altered the email, though he believed at the time the information he put in it was accurate.

Clinesmith served both on the FBI’s Crossfire Hurricane team and the special counsel’s investigation.

A Justice Department inspector general report revealed Clinesmith’s role in altering the Carter Page email. The report faulted the FBI for failing to inform the Foreign Intelligence Surveillance Court that Page had a prior relationship with the CIA.