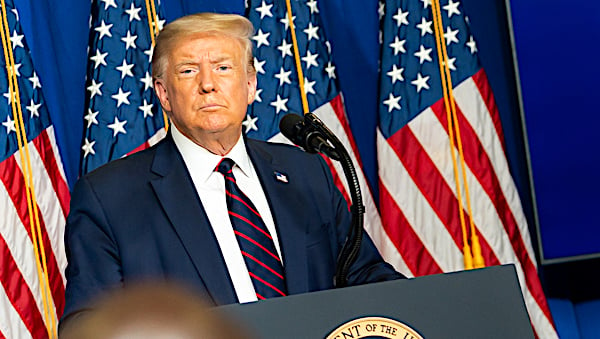 U.S. Sen. Lindsey Graham, who is investigating the FBI’s probe of the Trump campaign, on Friday accused former FBI counterintelligence chief Bill Priestap of providing misleading information to the Senate Intelligence Committee regarding the Steele dossier.

“You’ve got Bill Priestap on Feb. 15th, 2018, with four other people from the FBI briefing this Senate Intel Committee, completely whitewashing the truth about the reliability of the dossier,” Graham said in a Fox News interview on Friday.

Graham accused Priestap and his FBI colleagues of downplaying information that Igor Danchenko, the primary source for dossier author Christopher Steele, provided the FBI in January 2017. He also said that he intends to share information about the briefing with John Durham, the U.S. attorney conducting a sprawling investigation of the FBI and CIA’s Trump-related activities.

“What I want to do with this is turn it over to Durham because I think the briefing in 2018, a year after the sub-source told the FBI it was a bunch of garbage, whitewashing that report to the Senate Intel Committee is potentially another crime,” Graham said.

Priestap has largely avoided scrutiny amid revelations of FBI misdeeds in its probe of the Trump campaign. But a review of a Justice Department inspector general’s (IG) report of that investigation shows that Priestap withheld information that undercut dossier author Christopher Steele’s credibility.

According to the IG report, Priestap told the watchdog that he withheld derogatory information he obtained regarding Steele from the Crossfire Hurricane team because of an agreement he struck with officials at MI6.

Priestap and Peter Strzok, his deputy, visited the U.K. in December 2016 to interview associates of Steele, a former MI6 officer who owns a private intelligence firm in London.

While some of Steele’s former colleagues described him as “smart” and a “person of integrity,” others cast doubt on his judgment, according to the IG report.

Priestap and Strzok, the report said, were told that Steele “[d]emonstrates lack of self-awareness, poor judgment,” that he was “underpinned by poor judgment,” and that he reported “in good faith” but that it was “not clear what he would have done to validate.”

The IG report said that Priestap told investigators with the IG that he “may have made a commitment” to Steele’s former employer “not to document the former employer’s views on Steele as a condition for obtaining the information.”

The information was not provided to the rest of the Crossfire Hurricane team or in applications to renew Foreign Intelligence Surveillance Act (FISA) orders against Carter Page, a former Trump aide who is a key fixture in the dossier.

Priestap also provided a rosier assessment of Steele in correspondence with the CIA in mid-December 2016.

According to the IG report, Priestap told a CIA analyst that Steele was “reliable” even though he had learned from MI6 by that time that the former British spy displayed questionable judgement. At the time, FBI officials were lobbying to include information from Steele in an Intelligence Community Assessment of Russia’s interference in the 2016 election.

CIA officials and analysts opposed including Steele’s information in the assessment, with one analyst describing it as “Internet rumor.”

The IG report said that Priestap and Strzok defended their assessment of Steele’s reliability “because they were told that Steele was never untruthful.”

Priestap also told the IG that the FBI “didn’t have any indication whatsoever” by May 2017 that the Kremlin may have fed disinformation to Steele.

That claim is undercut by other evidence cited in the IG report. Footnotes in the report say that the FBI received information on Jan. 12, 2017, and Feb. 27, 2017, that Russian intelligence officers may have passed inaccurate information to Steele regarding Trump lawyer Michael Cohen and about a rumored sex tape of Trump.

The full details of Priestap’s briefing to SSCI regarding the dossier have not been revealed. An FBI memo written before the briefing indicates that the FBI briefers did not point to any glaring differences between Danchenko’s statements and the contents of the dossier.

“At minimum, our discussions with [redacted] confirm that the dossier was not fabricated by Steele,” reads the memo.

It also said that Danchenko “did not cite any significant concerns with the way his reporting was characterized in the dossier to the extent he could identify it.”

Graham asserts that both statements are inaccurate based on what Danchenko told the FBI during interviews in January 2017. In an interview last week, before he learned that Priestap briefing Senate Intelligence, Graham accused the FBI official who provided the briefing of lying to Congress.

“Somebody needs to go to jail for this,” he said.

Priestap, who retired from the FBI in 2018, could not be reached for comment.