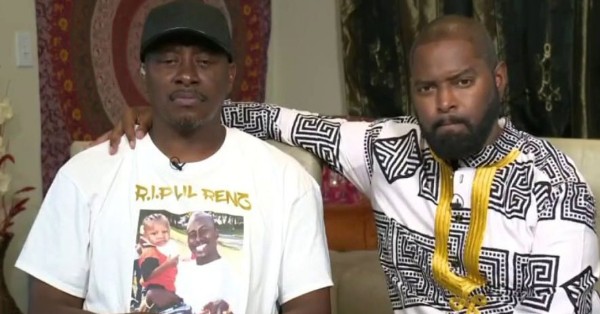 The father of the 19-year-old who was shot in Seattle's CHOP autonomous zone in June and bled out for 20 minutes before volunteer medics took him to a hospital where he died has filed wrongful-death claims totaling $3 billion.

Horace Anderson is seeking $1 billion each from the city of Seattle, King County and the state of Washington for the death of his son, Lorenzo Anderson, the Seattle Times reported.

"We don't exactly know where blame lies so we're putting all the entities on notice and will begin the discovery process and flush out justice," said Horace Anderson.

Lorenzo Anderson was shot multiple times June 20 near what was a boundary of the CHOP zone, east of downtown Seattle, before it was cleared by police July 1.

The Times said the city, county and state have 60 days to respond to the claim, which is a precursor to a lawsuit.

In a July 1 interview with Fox News' Sean Hannity, Anderson said Seattle Mayor Jenny Durkan hadn't contacted him and he was still pleading for answers.

On the day of the interview, Durkan celebrated three weeks of "incredibly peaceful demonstrations" in the six blocks of city, including a police station, that had been taken over by Black Lives Matter, anarchist and Antifa activists.

"Thousands of individuals came together to call for change, and their message has been heard loud and clear: Black Lives Matter. We must continue to live up to this moment in our nation’s history," the mayor wrote on Twitter.

'A civic duty to keep us safe'

Her attorneys also plan to file a federal wrongful-death suit.

Marcel Long, 18, has been charged with first-degree murder in the death of Lorenzo Anderson. Long fled the state, and a $2 million warrant has been issued for his arrest.

Seattle attorney Evan M. Oshan, who is representing Horace Anderson, said that with "power and prestige comes great responsibility, and our leaders owe us a civic duty to keep us safe as citizens."

"I don't know where this will lead but I have great faith in our legal system, in our jury system, and I believe we’ll get to the bottom of this," he said. "I know we will."

He said that seeking $3 billion "just seemed to be the appropriate number."

"This case will be setting an example — you need to keep your citizens safe," Oshan said.