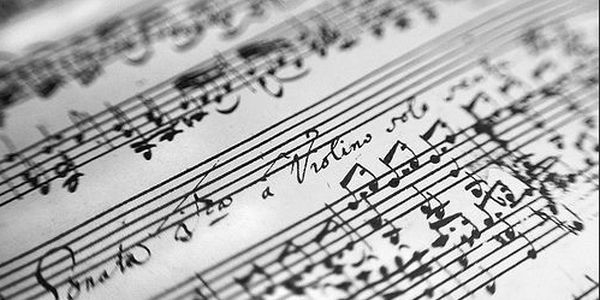 The "cancel culture" continues to extend its reach to the dead.

This time, it's graduate students at the University of North Texas targeting a famous turn-of-the-20th-century music theorist and composer whose name graces a university journal.

Heinrich Schenker, who died in 1935, was a music theorist, music critic, teacher, pianist and composer who is best known for his Schenkerian analysis of music.

The university's Journal of Schenkerian Studies is under investigation for its response to criticism by scholar Philip Ewell that Schenker was an "ardent racist and German nationalist."

The offense of the journal, and UNT music theory professor Timothy Jackson, was publishing an edition of the publication that featured debate among scholars on racial issues and music theory, said the Foundation for Individual Rights in Education, or FIRE.

An enraged coalition of graduate students wrote to UNT College of Music Dean John Richmond demanding the journal be dissolved and that Jackson be fired.

"If this doesn't send chills down your spine, I suggest you take another look at history," said Samantha Harris, FIRE senior fellow. "Each of us holds views that someone else would deem controversial. If we don't see our own freedom as threatened by this situation and the countless others like it, that freedom will perish swiftly and silently."

The students claimed that Jackson had used the journal "to promote racism" by defending the music theorist after Ewell claimed Schenker’s "racist views" had infected his music theory.

Jackson wrote an article pointing out that Schenker's views on race changed later in his life, in part because of the rise of Nazi Germany. Schenker was Jewish and his wife was arrested by the Nazis and died in the Theresienstadt concentration camp.

"This just goes to show you that no area of academia, however obscure, is immune to those who demand that opposing viewpoints be silenced," said FIRE Executive Director Robert Shibley.

FIRE is warning that even UNT's investigation of the students' complaint could violate the Constitution.

"Students and faculty can challenge the journal’s assertions and criticize Schenker as much as they want, and the journal is free to resolve internal disputes as it pleases — and we’ll defend its right to do so," said Lindsie Rank, author of FIRE's warning letter to the school.

"But UNT is violating core principles of academic and editorial freedom — and the First Amendment — by initiating an investigation into the journal. Rigorous debate and discussion, not administrative censorship, is how we find truth."

The letter to UNT President Neal Smatresk notes that the public institution has "unassailable responsibilities to uphold the First Amendment rights of its faculty and students."

Even an investigation "can chill expression in violation of the First Amendment," FIRE explained.

"Recent months have seen an alarming spate of such investigations," FIRE said. "Last week, Auburn University announced it is 'considering options' on how to respond to a lecturer’s anti-police tweets. On July 14, Fordham University investigated and punished a student for holding a legally obtained gun in an off-campus Instagram memorialization of the Tiananmen Square massacre. On July 7, FIRE called on UCLA to end its investigation of a professor for quoting Martin Luther King, Jr.’s use of a racial slur in 'Letter from a Birmingham Jail.'"

FIRE said in its letter to the president: "In times of great social and political upheaval, governmental and educational institutions face substantial pressure to foreclose on expression protected by the First Amendment. This, however, is when institutions must be most vigilant in refusing to dos o. Penalizing protected expression is not a cure for addressing the underlying challenges faced by society ,and abandoning a robust defense of freedom expression will erode rights across political, social, and ideological spectrums."