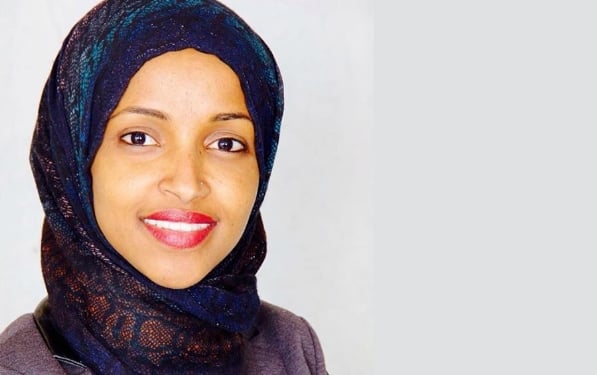 Omar won with 57.1% of the vote, according to The New York Times, ensuring that she will be reelected to Congress in November in the safe Democratic district.

Omar, who represents Minneapolis and a few surrounding suburbs west of the city, emerged onto the political scene in 2018 when she, along with Michigan Rep. Rashida Tlaib, became the first two Muslim women elected to Congress.

She succeeded Rep. Keith Ellison, who had retired to run for Minnesota’s Attorney General, becoming the first woman to represent the district since it was created.

Along with New York Rep. Alexandria Ocasio-Cortez and Massachusetts Rep. Ayanna Pressley, Omar and Tlaib formed the “squad,” a group of progressive women of color who have clashed with President Donald Trump and, at times, with members of their own party.

Throughout her term in Congress, Omar had at times faced widespread criticism from members of both parties over comments that were deemed anti-Semitic.

In January 2019, Omar questioned the legitimacy of Israel’s democracy and weeks later issued a statement apologizing for a remark accusing AIPAC of buying lawmakers’s support for Israel.

Throughout the 2020 primary, some prominent Democrats opposed Omar’s reelection, opting instead to support Melton-Meaux. In July Democratic Colorado Gov. Jared Polis, who is Jewish, donated to the Melton-Meaux campaign, according to Federal Election Commission data.

Omar now faces Republican Lacy Johnson in the general election. Johnson won the GOP primary with 77% of the vote.