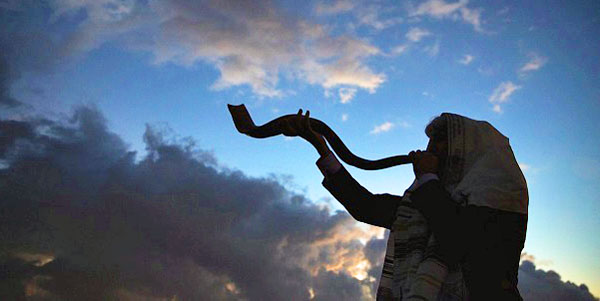 Two organizations in Israel have petitioned Prime Minister Benjamin Netanhayu to allow them to blast a shofar on the Temple Mount.

It would be the first time since the destruction of the biblical-era temple that a Jew would be permitted to perform the "powerful act at the holiest site in the world," reported Breaking Israel News.

The petition requests permission for a shofar blast on Rosh Hashanna, next month, on the Temple Mount.

Since the first day of Rosh Hashanna is on the Sabbath, it will be the only place in the Jewish world that a shofar will be blown, BIN reported.

The petitions come from the Organization of 70 Names, led by Rabbi Hillel Weiss, and the Land of Israel Organization, led by Aviad Vosoli.

Vosoli noted to BIN that Jews are permitted to enter the Temple Mount only five days a week, Sunday to Thursday.

This year, the first day of Rosh Hashanna is on Saturday, the Sabbath.

The last such display was some 1,950 years ago.

In an effort to curb Arab violence, police forbid any non-Islamic symbols or activities on the Temple Mount.

Visoli argued that under Israeli law, which requires equality for all religions, the display should be allowed.

"This is not a legal issue. The law mandates that we are permitted to do this. Our request is that the police be instructed to permit this religious ritual to take place," he said.

Weiss said the blowing of the shofar on the Temple Mount on Rosh Hashanna is also done in synagogues around the world.

"This is not just for the Jews who are there to hear it. This is a shofar call to all the nations of the world," he said. "Now, more than ever before, we are crying out to Hashem to bless us with life, peace, and an end to plagues. Every leader in the world who cares and who sees himself as a representative of one of the 70 nations should call on Netanyahu to permit this to take place."

Shofars often are made of a ram's horn and are blown like a trumpet. They have been used in worship since the biblical era.