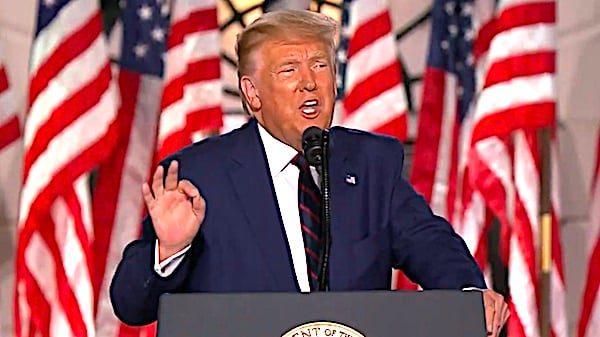 One of CNN’s editors at large has faced backlash from conservative reporters over a Sunday tweet suggesting President Donald Trump has misclassified riots for political gain.

“Trump’s efforts to label what is happening in major cities as ‘riots’ speaks at least somewhat to his desperation, politically speaking, at the moment,” CNN editor-at-large and reporter Chris Cilliza wrote on Twitter.

Trump’s efforts to label what is happening in major cities as “riots” speaks at least somewhat to his desperation, politically speaking, at the momenthttps://t.co/tQJ495xOZK pic.twitter.com/vs19vtCHiW

The post received over 22,000 comments, many of which mocked Cilliza’s stance. Several conservative journalists expressed their distaste for the editor’s view.

Journalist Andy Ngo, who has been covering riots and recent unrest, wrote that the Portland Police Bureau have declared three riots in the city in one week.

PPB released data in the past week that includes the declared riots and other information of the past three months. There is a lot.

Portland Police tweeted riot declarations on Aug. 29, Aug. 26 and Aug. 24, according to their Twitter page.

Brian Reidl, a fellow at the Manhattan Institute, a free-market think tank, mocked Cilliza’s tweet with an image of Hollywood actor Leslie Nielsen standing in front of a burning building with the words “NOTHING TO SEE HERE MOVE ALONG.”

Cilliza’s tweet links to a story on “CNN Politics” that suggests the Kenosha, Wisconsin incidents that followed the non-fatal shooting of Jacob Blake, who was shot multiple times after seemingly disobeying police directives, were “peaceful protests.”

“Trump, sensing that the race is slipping from him, has latched on to the events following the shooting of Jacob Blake in Kenosha earlier this month as a sign not of peaceful protests but of radical leftists rioting and destroying cities,” the story reads.

Rioters targeted CNN’s headquarters in late May following the death of George Floyd, who died after a police officer knelt on his neck for over eight minutes, according to The Daily Beast. Mob members defaced the news outlet’s logo in front of the building, broke windows, and torched a police vehicle a block away, the Beast reported.