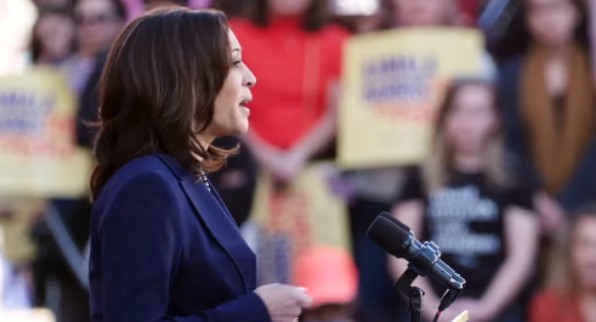 Kamala Harris at her formal campaign launch for the Democratic nomination for president, Jan. 27, 2019 (Wikimedia Commons)

Presumptive Democratic presidential nominee Joe Biden's newly announced running mate was rated the most left-wing senator in 2019 by the non-partisan GovTrak, putting her to the left of Sen. Bernie Sanders, a self-declared democratic socialist.

Sen. Kamala Harris, D-Calif., moved from the fourth most left-wing senator in 2018 to the most extreme in 2019 when she was running for president, noted Breitbart News.

In its coverage of Biden's announcement Tuesday, the New York Times called Harris a "pragmatic moderate."

But she was one of the first co-sponsors of the Senate version of the radical "Green New Deal" of Rep. Alexandria Ocasio-Cortez, D-N.Y.

And she backed the "Medicare for All" bill introduced by Sanders that would eliminated all private health insurance.

"The score can be interpreted as a conservative—liberal scale, although of course it only takes into account a small aspect of reality."

GovTrak's most conservative score is 1.00 and its most liberal score is 0.00.

Here are the most liberal senators on GovTrak's 2019 list: