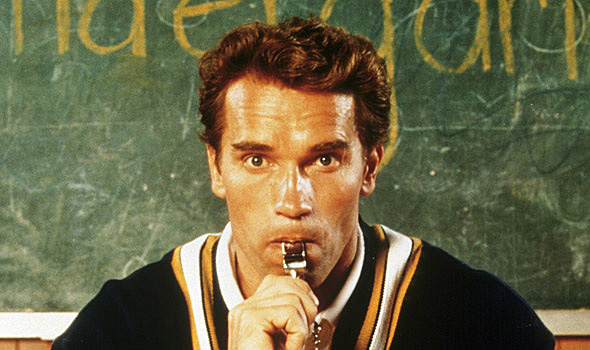 Who would ever have thought that Hollywood would be accused of being politically incorrect?

But it's happened, with a decision by the Northwest Film Center in Portland, Oregon, to pull the Arnold Schwarzenegger film "Kindergarten Cop."

The move came after an author filed a complaint about the movie's portrayal of police in schools.

The complaint was from Lois Leveen, who wrote "The Secrets of Mary Bowser."

The additional showing on August 6 replaces Kindergarten Cop, which had been chosen for its importance in Oregon filmmaking history.

The center had planned to show the film as part of its summertime drive-in movie series.

The Washington Free Beacon reported Leveen compared the movie to "The Birth of a Nation," the 1915 film that "romanticized the Ku Klux Klan.

Leveen said: "There’s nothing entertaining about the presence of police in schools, 5- and 6-year-olds are handcuffed and hauled off to jail routinely in this country. And this criminalizing of children increases dramatically when cops are assigned to work in schools.

"Yes, KINDERGARTEN COP is only a movie. So are BIRTH OF A NATION and GONE WITH THE WIND, but we recognize films like those are not 'good family fun,'" she said. "They are relics of how pop culture feeds racist assumptions. KINDERGARTEN COP romanticizes over-policing in the U.S."

The movie was chosen in part because it was filmed in nearby Astoria, Oregon.

Schwarzenegger portrayed a police officer who goes undercover as a kindergarten teacher to nab a drug dealer.

It's being replaced by a film about the late Congressman John Lewis.