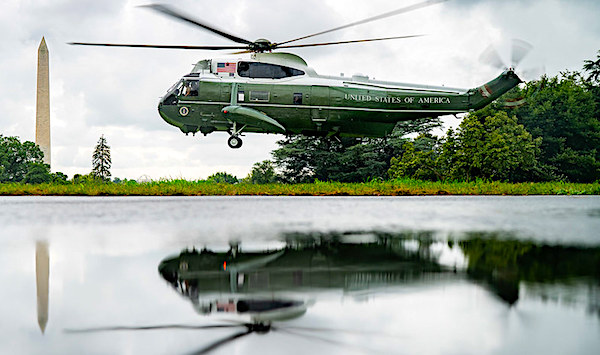 A former history teacher who now is a Democratic state lawmaker in Illinois is leading an effort to temporarily stop history classes in his state, contending they have helped form a racist society and overlook the contributions of women and minorities.

At a news conference on Sunday, state Rep. LaShawn K. Ford said that when "it comes to teaching history in Illinois, we need to end the miseducation of Illinoisans," NBC Chicago reported.

"I’m calling on the Illinois State Board of Education and local school districts to take immediate action by removing current history books and curriculum practices that unfairly communicate our history," he said.

"Until a suitable alternative is developed, we should instead devote greater attention toward civics and ensuring students understand our democratic processes and how they can be involved. I’m also alarmed that people continue to display symbols of hate, such as the recent display of the Confederate flag in Evanston."

At the news conference, Meleika Gardner of the social activist group We Will said the "miseducation of our children must stop."

"It is urgent that it comes to an end as we witness our current climate become more hostile. Miseducation has fed and continues to feed systemic racism for generations. If black history continues to be devalued and taught incorrectly, then it will call for further action," Gardner said.

The College Fix reported Ford already is sponsoring a bill that would force elementary schools to teach about the civil rights movement.

Columnist Matt Vespa at Townhall writes: "I mean, is this a joke? We’re going to ban history classes until we can find a curriculum ... that suits the historically illiterate agenda of the ‘woke’ Left?"

And he wondered: "'A suitable alternative' is what exactly? Folks, this is why allowing these lefties to tear down Confederate statues was a bad, bad idea. For conservative[s], this is why you should have defended all of American history. It’s not about the statues. It’s about our history. They want to erase it and to make inroads, they attack the most violent and divisive parts in order to make the argument that all must be wiped clean.

"They have standards that are meant to be impossible to meet to initiate the erasure process. This is not by accident. It’s why you have idiots trying to tear down statues of Abraham Lincoln. This is cultural revolutionary nonsense. It must be called out, exposed, targeted, and stomped out."