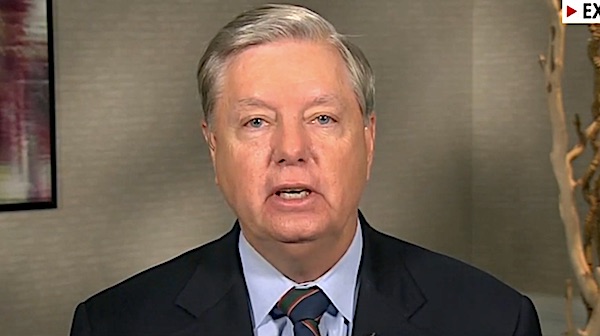 Sen. Lindsey Graham on Sunday released an FBI memo from 2018 that he says shows investigators lied to the Senate about statements that the primary source for the Steele dossier told the FBI regarding the salacious document.

“This document clearly shows that the FBI was continuing to mislead regarding the reliability of the Steele dossier,” Graham said in a statement announcing the release of an eight-page briefing document that the FBI provided to the Senate Intelligence Committee in February 2018.

The memo summarizes what Igor Danchenko, the primary source for dossier author Christopher Steele, told the FBI during interviews in early 2017. Steele relied primarily on Danchenko, a Russia analyst, to collect information for an investigation into Donald Trump’s possible ties to Russia.

Steele, a former MI6 officer, provided parts of the dossier to the FBI, which used the information in applications to conduct surveillance against Trump campaign aide Carter Page. A Justice Department inspector general’s report found that the FBI withheld information that undercut the reliability of Steele and the dossier.

The IG report said Danchenko’s statements to the FBI “raised significant questions about the reliability” of Steele’s reports.

According to Graham, the newly declassified FBI memo shows that the bureau did not disclose any of the dossier’s red flags in the Senate Intelligence briefing document.

“Somebody needs to go to jail for this,” Graham said Sunday.

“They lied to the FISA court. They got rebuked, the FBI did in 2019, by the FISA court putting in doubt all FISA applications, the FISA court just ripped a new one for the FBI, a year before they’re lying to the Senate Intel committee. It’s just amazing, the compounding of the lies.”

Graham took issue with two lines from the FBI memo, which he said was written in February or March 2018.

“At minimum, our discussions with [redacted] confirm that the dossier was not fabricated by Steele,” the memo says.

It also said that Danchenko “did not cite any significant concerns with the way his reporting was characterized in the dossier to the extent he could identify it.”

Graham says both statements are inaccurate. He pointed to Danchenko’s remarks to the FBI that he did not recognize some of the information that Steele attributed to him and his sub-sources in the dossier.

Several of the dossier’s most explosive allegations have been debunked.

One of those was Steele’s claim that former Trump lawyer Michael Cohen visited Prague in August 2018 to meet with Kremlin insiders to arrange payments to Russian hackers. The IG report said the FBI determined by February 2017 that the allegation was inaccurate and that Cohen did not visit Prague.

Republicans asserted that the FBI relied heavily on Steele’s information to surveil Page, but that investigators had failed to verify any of the dossier’s allegations.