McDonald’s is suing its former CEO Steve Easterbrook saying that he lied to the company about sexual relationships he had with employees, according to the company’s current CEO.

The American fast food giant received new information in July regarding Easterbrook via an anonymous employee report, current CEO Chris Kempczinski said in a company-wide email Monday. McDonald’s fired Easterbrook in November 2019 after discovering that he had engaged in a non-physical relationship with a subordinate, according to the lawsuit filed Monday.

“We now know that his conduct deviated from our values in different and far more extensive ways than we were aware when he left the company last year,” said Kempczinski.

“While the Board made the right decision to swiftly remove him from the Company last November, this new information makes it clear that he lied and destroyed evidence regarding inappropriate personal behavior and should not have retained the contractual compensation he did upon his exit.” 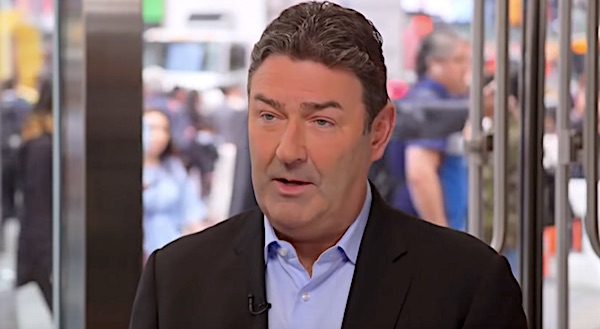 McDonald’s negotiated an agreement with Easterbrook following his removal, which entitled him to “substantial severance benefits” because the removal was deemed “without cause,” according to the lawsuit. However, the company has learned new information which suggests his removal was a “with cause” termination.

Easterbrook’s compensation and benefits were worth nearly $42 million, according to Equilar, a data collection firm, The Wall Street Journal reported.

But, because of new information, McDonald’s is suing Easterbrook demanding a cancellation of the agreement and a return of all compensation that he has received thus far, the lawsuit said.

“Recently identified evidence shows that Easterbrook had physical sexual relationships with three McDonald’s employees in the year before his termination,” the lawsuit said, contradicting the company’s November 2019 findings that he engaged in one non-physical relationship with a subordinate.

The lawsuit added that Easterbrook “approved an extraordinary stock grant, worth hundreds of thousands of dollars, for one of those employees in the midst of their sexual relationship.”

Easterbrook allegedly lied to company investigators in 2019 and deleted evidence, including photos, from his phone before the internal investigation occurred, the lawsuit said. The McDonald’s board wouldn’t have approved the agreement if it had been aware of this new information.