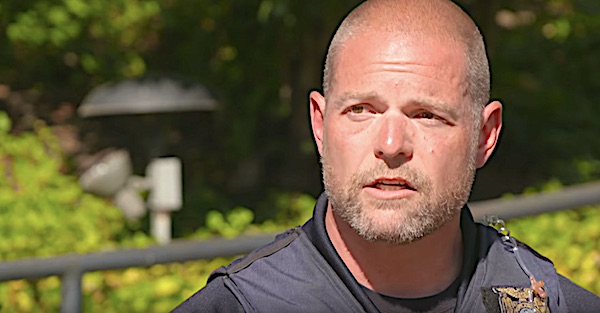 A Portland Police Bureau sergeant said it was time for someone with “firsthand knowledge” of what happened at the protests and riots to “speak up,” local outlet KGW8 reported.

Sgt. Brent Maxey said in an interview that he disagrees with Oregon House Speaker Tina Kotek’s claims that police contributed to violence at recent protests in an interview with KGW8 on Thursday. Maxey has been with the Portland police for 18 years, and for 13 of those he was part of the bureau’s Rapid Response Team, KGW8 reported.

“I really thought that it was time for somebody who has firsthand knowledge of this to speak up,” Maxey said in the unedited interview.

“You see videos of people with their hands up getting knocked over by police, that’s just a snippet of what’s happening,” Maxey said.

“Those same people are the ones throwing rocks and bottles, those are the same people that are throwing mortars at us. And they’re trying to get that clip that shows us doing something ya know wrong, illegal, brutal, something that looks brutal…”

Maxey acknowledged that the demonstrations “started off as protests, I mean there was a legitimate message to all of this … but these have now devolved. They’ve been hijacked by, ya know, anarchists essentially.”

“And they’ve just kind of devolved into these masses of people that are just bent on destruction and hurting, mainly hurting police or anybody that really disagrees with that message,” Maxey added.

People are given the opportunity to disperse after receiving warnings from the police, and those who chose not to leave are complicit in the actions, Maxey said.

Maxey said he typically doesn’t speak with reporters, but that he wanted “people to hear the truth” about the protests.