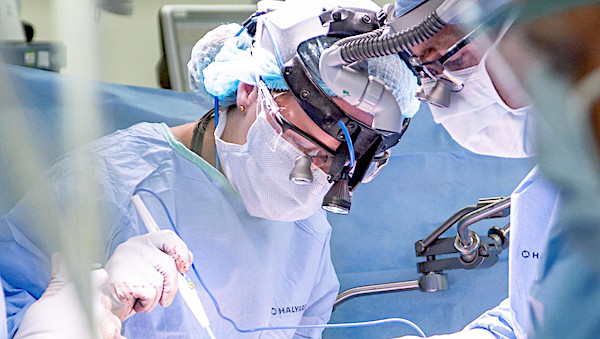 Tell a joke about lawyers and, if anyone within shouting distance has ever taken a bar exam, you’ll hear a reminder that everybody needs a good lawyer at some point. Thanks to legislation passed by Congress in March to respond to the COVID-19 pandemic, this is a moment in which we could all use a good lawyer.

Specifically, state attorneys general need to step up and challenge provisions of the Families First Coronavirus Response Act (FFCRA). As readers will recall, in that measure Congress “compromised” and increased the federal share of Medicaid spending by 6%. The big catch was that each of these states’ Medicaid programs couldn’t change eligibility guidelines or remove anyone from Medicaid who was already enrolled or enrolled after the bill passed, even if an individual went back to work, became ineligible, or committed fraud.

In the name of guaranteeing access to health care during a pandemic, the measure has only guaranteed massive fiscal constraints and legal uncertainty in a moment that demands flexibility and clarity.

Improper spending — i.e., waste and fraud — was already skyrocketing in Medicaid and, by 2019, had reached $100 billion per year, driven primarily by eligibility errors that allowed unqualified recipients to the join the program. Amid this rising waste and the current economic downturn, as states scramble to adapt to plummeting revenues and increasing demand for assistance, Congress has expressly prohibited state leaders from properly managing their biggest program. The result will be radical disruption to our health care system and less funding for schools and public safety.

But the issue is still lost in the background noise of our public debate, even as states sink deeper and deeper as a tidal wave of ineligible Medicaid enrollees remains on their programs. Simply allowing states to prioritize limited welfare resources for the truly needy is one of the common-sense measures Congress can take to prevent disaster and make our recovery faster. Put more bluntly, the key to preventing more bailouts might just be two words we keep hearing: law and order.

That makes this a good time for states to call a good lawyer. Perhaps we shouldn’t be surprised that among the five senators who recently wrote to President Trump publicly raising alarm about this slow-motion train wreck, three (Sens.  Mike Lee, Ted Cruz, and Ben Sasse) either came to the Senate as accomplished attorneys or have made their name in the chamber on questions of constitutional order.

Of course, five senators do not make a majority. But politics have a way of catching up to reality eventually. It is probably only a matter of time before we begin to hear Missouri Sen. Josh Hawley’s prominent voice in this debate, given his own legal background and Missouri’s uniquely unfortunate position.

Missouri recently voted to expand Medicaid to able-bodied adults under ObamaCare. As a share of state spending, Missouri already spent more than any other state on its Medicaid program —about 40%. Unfortunately for states that expand Medicaid, the 6% increase in federal matching funds only applies to the traditional Medicaid population, not the expansion population. But the restrictions apply to both populations. This matters because the able-bodied expansion population is the group most able to leave and re-enter the fluid labor market and become ineligible shortly after enrolling in Medicaid.

In other words, in the middle of a fiscal crisis, Missouri will expand coverage to thousands of individuals who will quickly become ineligible, but the state will be handcuffed and unable to remove them. In return, under the FFCRA, the state won’t receive any more federal funds than if they had expanded Medicaid before the pandemic. That’s a raw deal for the Show Me State.

Perhaps this is the rare moment in which the 17th Amendment to the Constitution — which transferred the power to elect U.S. senators from state legislatures to the public — is having a measurable impact on political incentives. If senators answered to state policymakers, rather than the public, perhaps they would see crumbling state budgets with more urgency.

Whether or not an obscure constitutional amendment is shaping our political debate during a pandemic and economic downturn, there is another group of policymakers specifically tasked with representing the interests of states and they all happen to be lawyers — state attorneys general.

They are ready to take this on. Over recent decades, attorneys general have banded together more and more to operate as something of a quasi-Senate to advance the interests of states. In this moment, the public is understandably more interested in federal policy that addresses public health and economic relief than the condition of their state budgets.

But state legislators, looking at the months ahead, are in a unique position to see how opening welfare programs to unlimited improper payments puts those very interests at risk. Every additional individual on Medicaid is an additional patient paying hospitals through Medicaid’s lower reimbursement rates. And every dollar spent to provide Medicaid to ineligible enrollees is a dollar that cannot be spent reopening schools safely.

Who can states call to fight federally mandated fraud? State attorneys general. And make no mistake — these federal handcuffs represent federally mandated fraud in more ways than one. What else do you call a prohibition on program integrity? How else can you characterize a directive that states must ignore their own laws and other federal laws that prohibit government spending on ineligible individuals?

Senators have laundry lists of various interests. Attorneys general, on the other hand, can usually count their primary responsibilities on one hand — defend their state in court, fight fraud in Medicaid, protect the public, and issue opinions to clarify complex and new legal issues.

This is their moment. America needs them to stand up for law and order and, ironically, fight to take off the handcuffs.

Scott Centorino is a senior fellow at the Foundation for Government Accountability, where he focuses on welfare and health care reform policies that promote opportunity for more Americans. He is also a captain in the U.S. Army Reserve, serving as a judge advocate in the JAG Corps.