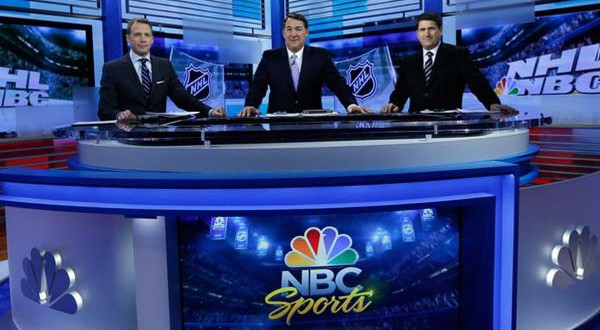 An NBC Sports analyst has stepped away from covering the National Hockey League playoffs because of a flip comment during a broadcast that amounted to the fact that women tend to attract the attention of men.

Mike Milbury apologized for the comment in a statement.

"In light of the attention caused by my recent remark, I have decided to step away from my role at NBC Sports for the remainder of the Stanley Cup Playoffs," Milbury said. "I do not want my presence to interfere with the athletes as they try to win the greatest trophy in sports."

During a game Aug. 20 between the New York Islanders and Washington Capitals, analyst Brian Boucher began talking about the unique experience of playing inside a "bubble" to protect the players from the coronavirus, the Philadelphia Inquirer reported.

"If you think about it, it’s a terrific environment with regard to — if you enjoy playing and enjoy being with your teammates for long periods of time, it’s a perfect place," Boucher said. 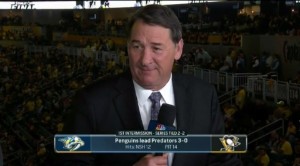 Milbury interjected, "Not even any woman here to disrupt your concentration."

He immediately was condemned by NBC Sports and the NHL immediately, and questions arose about his future with the network, the Inquirer said.

Milbury, who has been with NBC Sports since 2008, apologized.

"I sincerely apologize for making the comment," he said in a statement. "It was not my intention to disrespect anyone. I was trying to be irreverent and took it a step too far. It was a regrettable mistake that I take seriously."

Suzanne Venker, a contributor to the Washington Examiner, wondered what the fuss was all about.

"Not only is Milbury correct in his observation, his off-the-cuff remark is a compliment to women, not an insult," she wrote. "The presence of a woman is a powerful thing, as those of us who don't have an ax to grind understand and appreciate."

She said it's "wholly unacceptable response to cater to the mob for saying something factual," and those who do "are part of the problem."

"The rest of us will call it out because we know that truth is static," she said. "No matter how much society may change, truth doesn't. Societal trends will never obliterate (in this case) biological reality. And why should we want to?"

Venker argued there are "sound reasons why women distract men."

"For one thing, they're often beautiful or at the very least feminine, and men are highly visual creatures," she wrote. "They cannot help but be distracted by women, and I mean this literally: The visual and spatial region of the right cerebral cortex is thicker in males than it is in females. Men cannot not look at women."

And that's a pretty important fact, she said.

"Without this instinctual drive, without this power women hold over men simply by nature of their existence, we humans would be extinct. Does cancel culture wish to cancel humanity, too?"