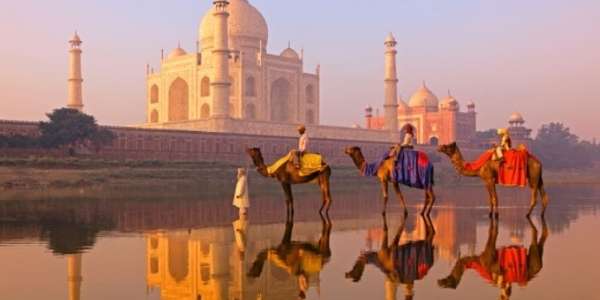 An international Christian ministry is spotlighting a wave of persecution by Hindus in India who are warning Christians to give up their faith or "suffer grave consequences such as lynching, stoning, and torture."

"This is a poignant reminder that not all Christian persecution is carried out by Islamic extremists," said Anna Sekulow, the founder and executive director of the One Life Movement, which aids children in the slums of India.

Her report, posted on the site of the American Center for Law and Justice, said police in a district in India advised six Christian families who were beaten by a Hindu mob to renounce their faith or flee.

"It doesn't stop there. In fact, persecution of Christians in India is on the rise as an overwhelming number of Christians are being ordered to renounce their Christian faith or suffer grave consequences such as lynching, stoning, and torture," the report said.

One Life cited the work of the Delhi-based Evangelical Fellowship of India, which documented 135 cases of persecution against Christians in the first half of 2020.

And that figure may be only a fraction, the report said, since Christians "are afraid to report their persecution for fear of reprisal, and the police refuse to register the cases."

In one case reported by the Evangelical Fellowship of India, a 14-year-old Christian boy was crushed with a stone by members of a village, "who then chopped the body into pieces and buried [it] in several places."

In numerous instances, Christians families have been denied permission to bury their dead.

"We are now researching what action we can take at international organizations like the U.N. and regional intergovernmental organizations to help curtail the increasing persecution, as well as looking into the potential for legal action on behalf of the brave Indian Christians willing to take their cases to the appropriate Indian court," the report said.

The ACLJ has submitted a report to the United Nations Human Rights Council documenting persecution cases.

One report was about Pastor Bryan Nerren, "whom we helped free from wrongful detainment for his faith," the ACLJ said.

"We called on the U.N. to 'take swift action and work with the government of India to ensure that the targeting of Christians in India cease, and that they be allowed to peacefully live out their religious beliefs without fear of civil or government action against them.'"