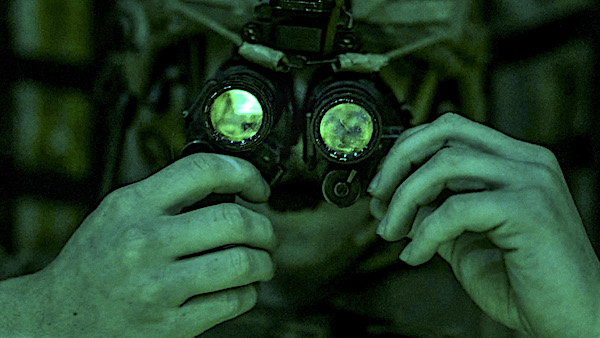 The exposure of the Obama administration's unmasking of former National Security Adviser Mike Flynn's intercepted conversations with foreign officials is reviving the question of whether or not U.S. spy agencies also are spying on members of Congress.

The issue was raised in May 2017 by Sen. Rand Paul, R-Ky., who suspected that the Obama administration unmasked his overseas conversations during his run for president in 2016, reported John Solomon at Just the News.

Solomon said the issue now has been revived by a non-profit called the Project for Privacy and Surveillance Accountability, where former House Judiciary Committee Chairman Bob Goodlatte works as a senior adviser.

PPSA has new ammunition to demand information regarding members of Congress since the Office of the Director of National Intelligence, under the now departed Ric Grenell, released a list of dozens of Obama administration officials who unmasked conversations involving Flynn.

PPSA, which has filed a Freedom of Information Act request, argues that after Grenell released the records, he told Senate Intelligence Committee Vice Chairman Mark Warner, D-Va., that the disclosure posed no national security risk.

JTN reported the group "asked ODNI whether the spy agencies it supervises unmasked the identities of current and past lawmakers known to have been caught up in foreign surveillance, and whether the names of these members were searched through what is known as the 'upstream' phone database."

The request covered a bipartisan group of 48 current and former lawmakers.

The government responded that confirming or denying such surveillance "could reveal sources and methods information."

But Gene Schaerr, PPSA general counsel, told JTN that if it's true that releasing the information concerning the unmasking of Flynn posed no security risk, it's "also true of the senators and congressmen who we believe were unmasked by the intelligence community."

"Thanks to the forthright statements of former Acting Director Grenell, we now know that the ODNI's denial in our case was not to protect intelligence sources or methods," he said. "Is this denial designed instead to protect one or more agencies from embarrassment or even from highlighting a violation of the law?"

Meanwhile, Attorney General William Barr has appointed Texas U.S. Attorney John Bash to review unmaskings of Americans during the Obama administration. Barr told lawmakers that Bash has uncovered a "high number" of actions, including those "that do not readily appear in the line of normal business."

During the Obama administration, when John Brennan was the CIA director, Sen. Dianne Feinstein, D-Calif., accused the CIA of spying on members of the Senate by hacking into computers used by her intelligence committee’s staffers.

At the time, Brennan said, "Let me assure you the CIA was in no way spying on [the committee] or the Senate."

House Republicans believe Brennan was the architect and "quarterback" of the Obama administration's investigation of now-debunked claims of Trump-Russia collusion during the 2016 presidential campaign.