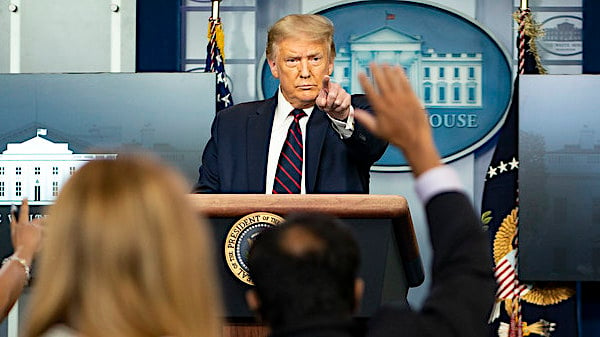 A news producer quitting a major American network is now scorching her network and broadcast news in general as a "cancer" that is putting people's lives at risk, all because the primary focus is to damage President Trump.

Ariana Pekary, a producer for MSNBC's "The Last Word with Lawrence O'Donnell," made her feelings known about her former network and the news industry in a scathing public letter on her website.

"As it is, this cancer stokes national division, even in the middle of a civil rights crisis," wrote Pekary, who has been with the network for seven years. "The model blocks diversity of thought and content because the networks have incentive to amplify fringe voices and events, at the expense of others ... all because it pumps up the ratings.

"This cancer risks human lives, even in the middle of a pandemic. The primary focus quickly became what Donald Trump was doing (poorly) to address the crisis, rather than the science itself. As new details have become available about antibodies, a vaccine, or how COVID actually spreads, producers still want to focus on the politics. Important facts or studies get buried.

"This cancer risks our democracy, even in the middle of a presidential election. Any discussion about the election usually focuses on Donald Trump, not Joe Biden, a repeat offense from 2016 (Trump smothers out all other coverage). Also important is to ensure citizens can vote by mail this year, but I've watched that topic get ignored or 'killed' numerous times." 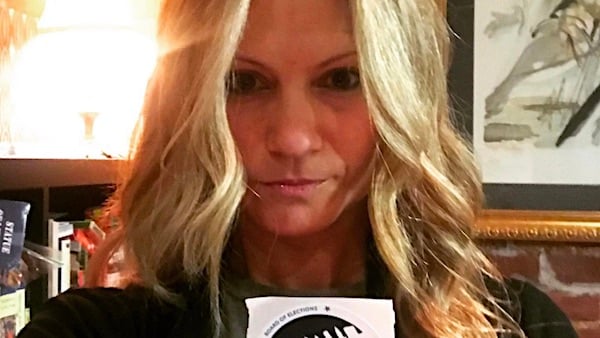 Context and factual data are often considered too cumbersome for the audience. There may be some truth to that (our education system really should improve the critical thinking skills of Americans) – but another hard truth is that it is the job of journalists to teach and inform, which means they might need to figure out a better way to do that. They could contemplate more creative methods for captivating an audience. Just about anything would improve the current process, which can be pretty rudimentary (think basing today's content on whatever rated well yesterday, or look to see what's trending online today).

Occasionally, the producers will choose to do a topic or story without regard for how they think it will rate, but that is the exception, not the rule. Due to the simple structure of the industry – the desire to charge more money for commercials, as well as the ratings bonuses that top-tier decision-makers earn – they always relapse into their old profitable programming habits.

I understand that the journalistic process is largely subjective and any group of individuals may justify a different set of priorities on any given day. Therefore, it's particularly notable to me, for one, that nearly every rundown at the network basically is the same, hour after hour. And two, they use this subjective nature of the news to justify economically beneficial decisions. I've even heard producers deny their role as journalists. A very capable senior producer once said: 'Our viewers don't really consider us the news. They come to us for comfort.'

Again, personally, I don't think the people need to change. I think the job itself needs to change. There is a better way to do this. I'm not so cynical to think that we are absolutely doomed (though we are on that path). I know we can find a cure. If we can figure how to send a man to the moon, if Alex Trebek can defy the odds with stage 4 pancreatic cancer, and if Harry Reid can actually overcome pancreatic cancer (he's now cancer free), then we can fix this, too. ...

Now maybe we can't really change the inherently broken structure of broadcast news, but I know for certain that it won't change unless we actually face it, in public, and at least try to change it.

Through this pandemic and the surreal, alienating lockdown, I've witnessed many people question their lives and what they're doing with their time on this planet. I reckon I'm one of those people, looking for greater meaning and truth. As much as I love my life in New York City and really don't want to leave, I feel fortunate to be able to return to Virginia in the near term to reconnect with family, friends, and a community of independent journalists. I'm both nervous and excited about this change. Thanks to COVID-19, I'm learning to live with uncertainty.

And so very soon, I'm going to be seeking you out, any one of you who also may sense that the news is fundamentally flawed and is frustrated by it. This effort will start informally but I hope to crystallize a plan for when better, safer days are upon us. On that front, feel free to reach out anytime if you would like to discuss any of this – whether in agreement or not. More than ever, I'm craving a full and civil discourse.

A spokesperson for MSNBC told the New York Post on Tuesday the network takes the "public trust granted to us very seriously and even more so in today's unprecedented news environment."

"It's our responsibility to cover stories that are critical to our viewers," the network said.

"They rely on our hosts, correspondents and contributors to go where breaking news and the facts lead, asking tough questions and digging into stories with deep analysis. We encourage debate and differences of perspectives in our newsroom because it makes the product better."