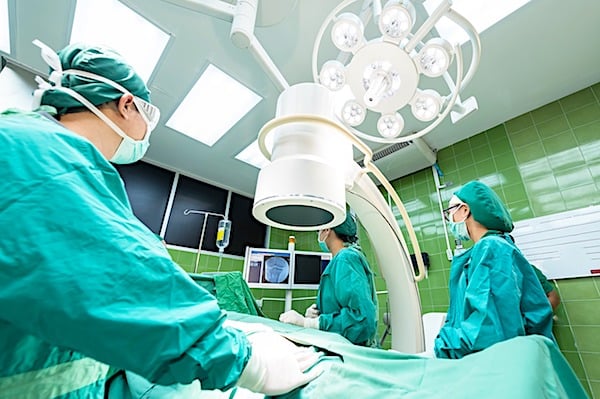 James Dobson is warning of a new "gender mutilation and sterilization" proposal by lawmakers in California.

The state has a reputation for promoting homosexuality and transgenderism dating to nearly two decades ago when they mandated only positive portrayals of homosexuality in public schools.

Now the legislature is considering a transgender promotion plan, writes Dobson, the founder of Focus on the Family, the James Dobson Family Institute and the host of "Dr. James Dobson's Family Talk" radio program,

A state Senate committee recently voted 7-1 to approve "a horrendous bill" that creates a "Transgender Wellness and Equity Fund."

He said it "would be used to fund treatments that would include cross-sex hormone 'therapy' and gender 'reassignment' surgery."

"For the sake of these children and adults who are being victimized by our culture's distorted sexual devolution, I'll say exactly what this bill supports: gender mutilation and sterilization. Proponents of this bill will deny the truth – in fact, they already have. They insist that since the bill doesn't use the word 'sterilization,' there is no harm and no foul," Dobson wrote.

"Rubbish! These clinics use puberty blockers on pre-pubescent children in order to prevent them from experiencing puberty. If a child doesn't go through puberty, he or she will likely be sterile for life, a medical fact that many gender clinics expressly admit."

He pointed out that children are only some of the victims.

"No rational and compassionate individual could possibly celebrate the mutilation of adolescents or adults. And yet this bill would fund procedures including double mastectomies on adolescent girls and genital amputations and reconstructive procedures for individuals older than 18. This isn't the fulfillment of personal autonomy—this is the celebration of acts of cruelty," he warned.

He asked readers to follow a link on his website page to the California Senate, to "contact every state senator you can and demand that they put a stop to this despicable bill."

"You don't need a medical degree to recognize that experimenting on vulnerable children and adults is not just unethical; it is morally repugnant. It is beyond reprehensible that our government officials would actually set aside money to fund this evil assault on children and adults who are made in the image of Almighty God."

Dobson has dedicated his career as a psychologist, Christian leader and broadcaster to "preserving the biblical institutions of marriage and family by encouraging, inspiring, supporting, and leading parents and children to build their lives on God’s Word."

His radio programs are heard on more than 1,300 radio outlets, he's written 71 books on the family, and he's advised five U.S. presidents on family issues. Along with an earned Ph.D., he holds 17 honorary doctoral degrees.

He also recently reacted to a U.S. Supreme Court decision on the same topic. The decision was based on a 1964 sex nondiscrimination law banned employers from firing an employee on the basis of "gender identity" or homosexuality.

The decision is expected to generate fierce court fights for years to come, since 100 other federal laws ban discrimination based on "sex."

"Not only was this decision an affront against God, but it was also a historical attack against the founding framework that governs our nation," he said.

"Our judiciary is constitutionally charged with interpreting the law, not making law. In its 6-3 ruling, the Supreme Court acted as a super-legislature and failed to carry out its primary duty to the American people. And we will all pay the price."

He pointed out that "sex" in the 1964 law in dispute meant "male and female," and any change must come from Congress.