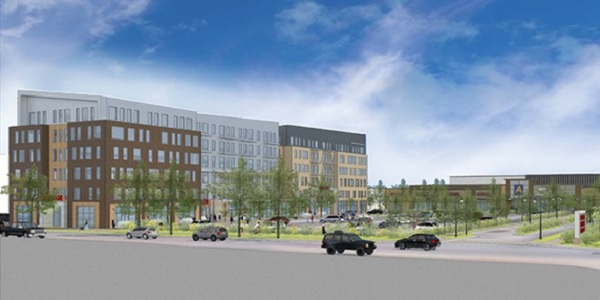 President Trump’s sudden termination of a 2015 fair housing regulation last week was central to his new suburbs-versus-cities campaign strategy. It was also illustrative of how symbolism in politics can ultimately upend real policy reform that, in the end, would provide political benefits. Housing affordability in metropolitan areas is a major barrier to upward mobility among low- and middle-income families alike and contributes mightily to growing segregation by income in American cities. Addressing it head-on would have benefits in both suburban and urban areas, but instead, we are now locked in urban-suburban antagonism heading into November.

In his rambling press-conference-cum-campaign-rally in the Rose Garden on July 14, President Trump said Joe Biden wants to “abolish the suburbs.” He was referring to Biden’s embrace of the Obama-era Affirmatively Furthering Fair Housing (AFFH) rule, which would tie federal funds to how well local communities are desegregating neighborhoods and reducing inequality. On July 23, the administration terminated the rule. Trump defended his action in multiple tweets and public statements on the grounds that Biden’s goal is to force suburban neighborhoods to build low-income housing, thereby bringing down housing values.

The Obama AFFH rule would actually do much worse things than that. It would give the federal government the authority to penalize localities if they were not diverse enough, according to however the feds define diversity. This is part of a longstanding plan on the left to make the suburbs more like the city, or at least penalize the suburbs for contributing to urban problems. Trump seized upon the rule as a way to appeal to suburban voters against the backdrop of his law-and-order initiative to send federal troops into American cities.

The irony in these developments is that Trump’s administration, under his forgotten and invisible cabinet secretary Ben Carson, had been working on a rewrite of the AFFH rule into a sensible proposal aimed at increasing housing affordability by encouraging localities to increase housing supply. The rule was not perfect, but it was a sensible step to conditioning, not mandating, federal funding (that we are spending anyway) on how well communities are allowing more privately produced housing.

There is broad agreement among economists and housing policy experts that restrictive local zoning and land-use policies drive up housing prices. Local governments, including in the suburbs, have a habit of restricting the amount of housing that can be built in a fixed geographic area. The winners are those with enough income to live in those areas. The losers are those who don’t — which often includes young families and workers without college degrees, many of whom are minorities.

Tying federal funding to how well communities are matching housing supply with demand is sensible policy. One might argue the AFFH rule was not the right vehicle, but in principle, a federal rule along these lines would be a step in the right direction. Localities expect the federal government to pay for considerable social welfare costs in their communities. Asking them to do their part by not driving up housing costs on lower-income families is a reasonable policy goal. Even though the federal role in housing prices is relatively small, it can still support better local decision-making by awarding a greater share of resources to localities that implement more flexible building requirements.

Instead of coming together to fix a problem that millions of Americans care about, the right and left have chosen to turn the issue into yet another culture war. Neither Trump’s alarmism about public housing in suburban neighborhoods nor Biden’s plans to use AFFH to “proactively examine” local housing reflect where Americans stand on the matter. Most people in and around metro areas simply want to afford quality housing in good neighborhoods. Republicans and Democrats may diverge somewhat on how dense they want their communities to be, but partisanship is not a factor when it comes to Americans’ desire to live in a good neighborhood close to the amenities, jobs, and institutions on which we depend.

As protests continue in our cities and heated rhetoric on the right and left tries to pull voters to ideological poles, most Americans would find it refreshing to see political leaders talk sensibly about how to lower rent, improve neighborhoods, and make the everyday lives we lead safer and more enjoyable.

Ryan Streeter is the director of domestic policy studies at the American Enterprise Institute.