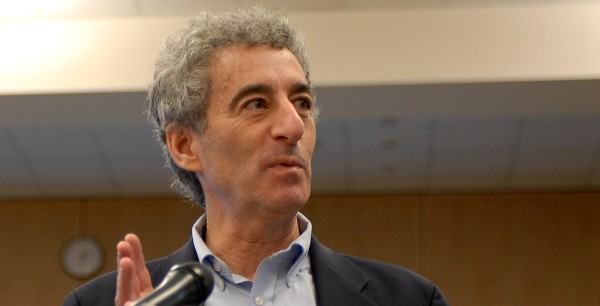 Known nationally for his criticism of climate-change "hype," Cliff Mass has lost his weather segment on a National Public Radio affiliate because of a post on his independent blog likening violent rioters in Seattle to the Nazi militia known as Brownshirts.

Mass, a professor of atmospheric sciences at the University of Washington, wrote that Seattle "has had it(s) Kristallnacht and the photos of what occurred during the past weeks are eerily similar to those of 80 years ago."

His reference was to the "Night of Broken Glass" pogrom carried out by the Nazis in 1938 that launched the persecution of the Jewish people.

The Tacoma, Washington, radio station explained on its website why it immediately canceled the long-running "Weather with Cliff Mass" segment.

"We abhor the comparison and find it sensationalized and misleading — it does not reflect who we are and what we stand for at KNKX," the station said.

Mass, who is Jewish, told the Seattle Times he was "stunned by the reaction. It exploded in a way I was stunned by."

He told the paper he thinks KNKX canceled his segment out of fear.

"They got hit by social media and they panicked."

His blog post featured his comments and photographs after a two-hour walk across downtown Seattle that left him "stunned."

"Block after block of boarded up stores, restaurants, and other buildings. A city in lockdown and afraid," he wrote.

He said anyone who takes a similar walk "will be shocked by a shuttered, dystopian city and made angry by the inaction and ineptness of its political leadership. It is simply beyond words."

Mass said Friday on the local "Dori Monson Show" that "there was no one there" except for the homeless.

"It was just so depressing. ... You have this great American city, boarded up, almost peopleless," he said. "It was very disturbing."

Monson agreed: "It's just a ghost town in what was once a vibrant central business core."

Mass updated his blog post after the Times original story, saying the paper made a major error.

"My original blog never criticized the protesters or BLM activists. My criticisms were limited to VIOLENT individuals who destroy property and hurt people," he said. "Please read my original blog if you want to confirm this. Some folks are choosing to misinterpret my words."

In a further update, he said there are "two types of mobs."

"First, mobs that hurt people and destroy property. Second, there are social media mobs that attempt to destroy those they disagree with or attack different viewpoints," he wrote. "We have seen both types of mobs here in Seattle during the past months. Neither is good."

Meanwhile, House Speaker Nancy Pelosi has used another named for the Brownshirts, "stormtroopers," to describe not Antifa but the federal agents protecting the federal courthouse in Portland, Oregon, from Antifa members and anarchists threatening to destroy it.

The "stormtroopers" formed the "Sturmabteilung," the Nazi party's paramilitary wing, which helped bring Adolf Hitler to power in the 1920s and 1930s.

'Rhetoric that is offensive and inaccurate'

In its statement, KNKX said "we value high-quality, factual information in our news programming and we aim to present an array of voices that reflect our region."

"We turn to our regular commentators for their expertise and points-of-view when it comes to sports, food and the weather," the station said. "But if a commentator, even on his own independent platform, delivers rhetoric that is offensive and inaccurate, we cannot support it.

"This is the case today with Cliff Mass. His post on his personal blog compares recent events in Seattle to Kristallnacht, the 1938 pogrom carried out by Nazi Germany, and draws distorted, offensive parallels between protesters and Nazi Brownshirts. We abhor the comparison and find it sensationalized and misleading — it does not reflect who we are and what we stand for at KNKX."

Mass told the Times on Friday he believes Seattle needs strong leadership and not police defunding.

He suspects the reaction would have been different if he had not used the words "Kristallnacht" and "Brownshirts."

By Friday morning, he had removed the words from his post.

He wrote: "(Note: I have removed a section here that proved a source of distraction to some. In the removed section, I referred to violence in the 1920s and 1930s in Europe and how many people, often out of fear, chose not to challenge terrible things happening. I suggest an analogy, in some aspects, on what is happening today in Seattle)."

Mass told the Tacoma News Tribune on Friday that opponents of his views on climate change almost got him removed from KNKX in May.

"Activists didn't like what I was saying on my blog, and they thought that that was a reason to kick me off of the radio station," he said.

KNKX brought in an outside consultant to review Mass’s on-air and off-air work who "did not find that Mass' KNKX weather segment consistently misrepresents climate science, as the petition claimed."

But on Friday, the environmental organization 350 Tacoma was celebrating Mass' dismissal, the News Tribune reported.

"We hope that the work we did collectively helped to lay the foundation for today’s decision," the group said.

In 2017, the alternative Seattle newspaper The Stranger published an article criticizing his view on climate science titled "Why Cliff Mass Is a Very Dangerous Weatherperson."

Mass doesn't regard himself as a "climate denier," however, declaring in a 2013 interview with the News Tribune he believes climate change is "real."

"Some people exaggerated what's happened so far. That's been the big tension," he said at the time. "Some people are so concerned about global warming they feel they have to hype what's already happened. Most of global warming is ahead of us."