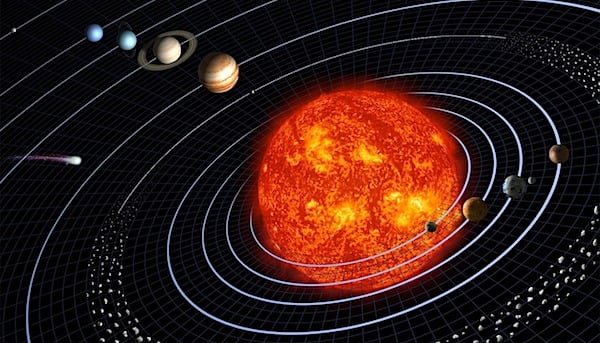 Assembly of the world’s largest nuclear fusion project is underway. At a facility in Saint-Paul-lez-Durance, southern France, the U.S. and six other countries have launched what has been described as “the most complicated piece of engineering anybody has ever attempted.” Called the Iter Project, it is set to replicate the reactions that power the sun. If it works, it’ll prove that nuclear fusion power can be generated on a commercial scale—paving the way for unlimited clean energy production.

This monumental step forward in the development of nuclear technology comes as the government lifts its ban on financing global nuclear projects. Until very recently, the U.S. International Development Finance Corporation (DFC) explicitly prohibited investing in the production of radioactive materials, including in nuclear reactors.

But that outdated rule is now undone, and it marks a welcome new chapter for the energy sector. Indeed, the nuclear industry has sat idle for too long. Powerful businesspeople with vested interests in the fossil fuel industry have used their political influence to obstruct its progress. Big Oil would rather deny that climate change exists than give up its hold on the market, even if that means rejecting cheap, safe and effective solutions.

Meanwhile, eco-socialists have become fixated on quirky but unscalable methods of renewable energy production, like wind farms and solar panels. But wind farms decapitate birds, and solar panels ruin otherwise lovely views—and accomplish little else. Small-fry investments like that can plug the odd gap here and there, but they are a million miles away from catering to humanity’s needs.

The successor to fossil fuels must be a titan that can take on the bulk of the world’s energy production, and nuclear is the only viable option. It’s clean and safe. It has all the advantages of fossil fuels, with none of the planet-destroying cost. And yet, it still accounts for barely 10% of electricity produced globally.

Nuclear power is several hundred times safer than any other method of energy generation, even taking into account once-in-a-generation disasters like Chernobyl. A world powered by nuclear wouldn’t be some post-apocalyptic hellscape with toxic radiation leaks and enhanced atom bombs, as anti-nuclear campaigners would have you believe. It would be a clean, green future in which climate change would be a thing of the past.

More and more people are coming around to nuclear energy. Zion Lights was formerly a spokesperson for Extinction Rebellion, a rigidly anti-nuclear eco-socialist group. Now, she is one of the foremost pro-nuclear campaigners in the world. Lights explains that nuclear is the answer to all her environmentalist prayers. She notes that while eco-socialist activists rightly criticise climate denialists for their rejection of environmental science, they are guilty of the same offense in their dismissal of nuclear.

Patrick Moore followed a similar trajectory. A former president of Greenpeace and an unashamed climate alarmist, Moore was staunchly opposed to the cause. He believed that “nuclear energy was synonymous with the nuclear holocaust.” A few decades later, he reexamined the evidence and changed his mind. He joined a green charity supported by the Nuclear Energy Institute, a prominent campaigning group, and became a formidable pro-nuclear voice.

It’s not just lobbyists and grassroots activists who urgently need to acknowledge the truth about nuclear energy — lawmakers, too, have been ignoring what is staring them in the face. Prominent Democrats — including Bernie Sanders — continue to advocate for ill-considered state intervention in the energy sector. Innovation drives progress, and both have been sorely lacking in the nuclear arena, thanks to cumbersome and unnecessary government restrictions like the DFC’s ban on investments.

The Iter Project is the first-ever exploration of nuclear fusion. It shouldn’t have taken this long, but the fact that we’ve now reached that point is a massive step forward. State actors around the world are milling about like dazed donkeys in the middle of the road, obstructing innovation. They must get out of the way and allow progress to take place.

The overhauling of our reliance on fossil fuels will not be an easy task. In fact, it will represent the most significant realignment mankind has attempted since the Industrial Revolution. A wind turbine here and a solar panel there simply won’t cut it. We will not take meaningful steps forward in combating climate change until we wake up to the immense potential of nuclear.

Jason Reed is digital director of the British Conservation Alliance, deputy editor of opinion site 1828, and a Young Voices contributor. He writes for the Times of London, the Independent, the Telegraph, and several other outlets. Follow him on Twitter: @JasonReed624.

Man allegedly asks for $30,000 to shoot cops on Facebook Live