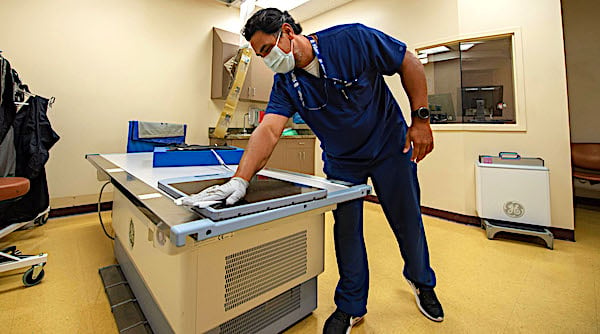 New York will not conduct an investigation into nursing home deaths during the pandemic, Cuomo said during a press conference Monday. His insistence that there is no controversy comes after media reports show the state only counts people who died on nursing home property and not those who died after being transferred to hospitals.

“I wouldn’t do an investigation whether or not it’s political, everybody can make that decision for themselves,” the New York Democrat said during a press conference. “I think you’d have to be blind to realize it’s not political.”

COVID-19 originated in China before spreading to the U.S., where it has so far killed 163,000 people, John Hopkins University data show.

The virus has hit New York and New Jersey particularly hard. More than 32,000 people have died in New York from coronavirus, while New Jersey has a death toll of 15,785, data show. More than 6,000 of the fatalities in New York reportedly came from nursing homes, the New York Times media reported.

New York began omitting an unknown number of coronavirus deaths in May regarding how many people are dying in nursing homes, the Daily Caller News Foundation reported in May. The New York State Department of Health acknowledged the discrepancy in a statement to the DCNF that month.

Cuomo faced criticism in May for ordering long term facilities to accept patients from hospitals who tested positive for the virus. He rescinded the March 25 order in May after experts argued the move led to higher levels of death among nursing home residents, The Wall Street Journal reported.

Removing the order allowed nursing homes to wait until a patient tested negative before they were readmitted.

Analysts and news outlets began reporting on the lower death totals shortly after the DCNF broke the story. New York misrepresented the number of deaths that happened in nursing homes, Bill Hammond, a senior fellow for Health Policy at The Empire Center for Public Policy, told one of CBS’s local New York affiliates in July.

Cuomo often says New York’s percentage of nursing home deaths is around 20%, less than Pennsylvania at 68%, Massachusetts at 64%, and New Jersey at 44%, the AP noted in its report Monday. The outlet cited Boston University geriatrics expert Thomas Perls, who told the AP that 20% number is likely too low.

“Whatever the cause, there is no way New York could be truly at 20%,” Perls said before suggesting that it doesn’t make sense that long term facilities as a percentage of overall deaths is so much higher in nearby states. Cuomo touted during a press conference in July that New York’s percentage ranking is 35th in the country

“Go talk to 34 other states first. Go talk to the Republican states now — Florida, Texas, Arizona — ask them what is happening in nursing homes. It’s all politics,” Cuomo said during a July conference, the AP reported.

More than 68,200 residents and staff at nursing homes and long-term facilities across the country have died from the coronavirus, out of more than 163,000 overall deaths, AP reported Monday, citing a running tally of data the outlet has collected so far. The New York Times published a report in June indicating that more than 43% of deaths nationwide were in from nursing homes.